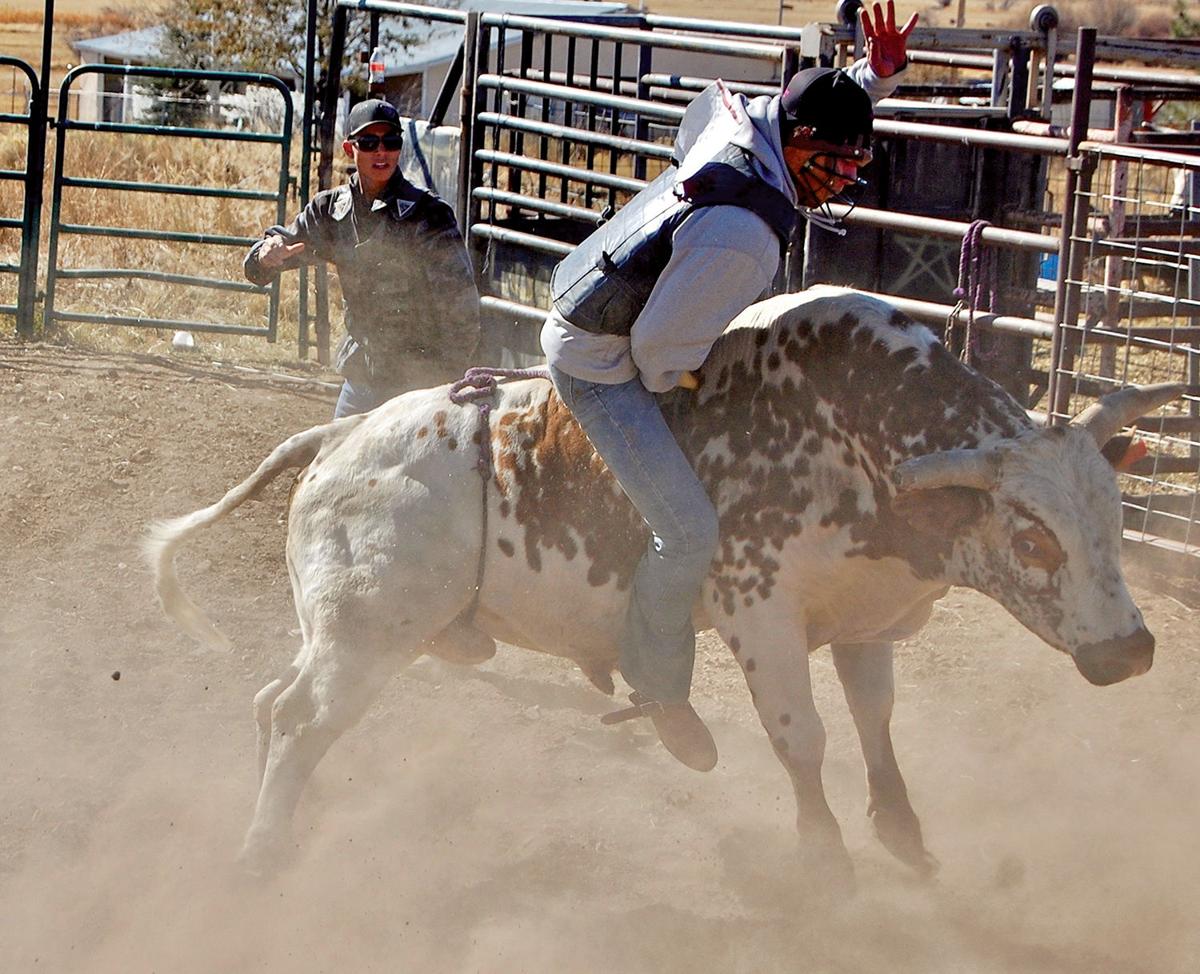 Eddie Maestas rides a bull as Wyatt Trazas looks on. “It’s like a game, like you’re just flowing,” Maestas said about what runs through his mind as he rides. 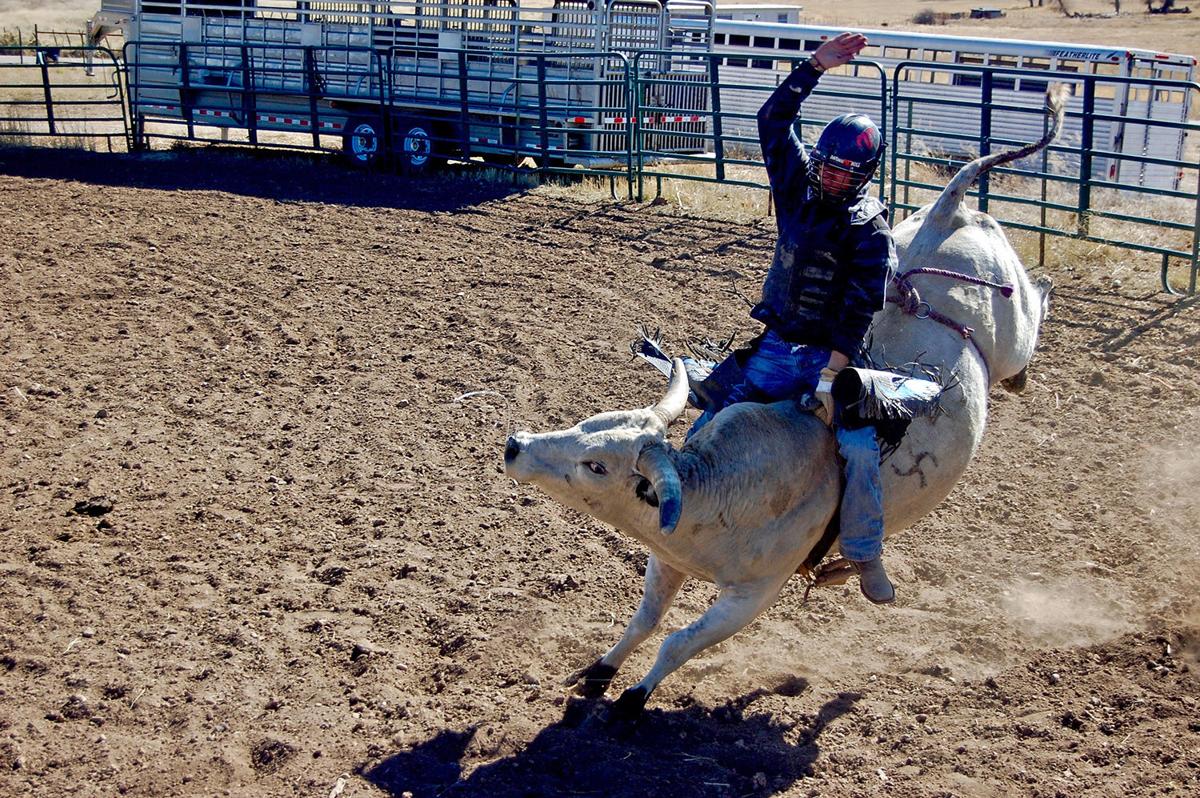 Wyatt Trazas rides one of his family’s bulls. He and his friend Eddie Maestas will compete in the Junior World Finals in Las Vegas, Nev. this December, after training in the sport for much of their lives.

Eddie Maestas rides a bull as Wyatt Trazas looks on. “It’s like a game, like you’re just flowing,” Maestas said about what runs through his mind as he rides.

Wyatt Trazas rides one of his family’s bulls. He and his friend Eddie Maestas will compete in the Junior World Finals in Las Vegas, Nev. this December, after training in the sport for much of their lives.

He kept riding for the rush. Maestas, who is from Canjilon, is now a champion bull rider.

“I just craved it and craved it, more and more,” he said.

His friend Wyatt Trazas, who first rode a sheep as a toddler, encouraged Maestas to try it when Maestas was in fifth grade. Almost ten years later, this December, the 17-year-olds will travel together to the Junior World Finals in Bull Riding in Las Vegas, Nev.

A rider must stay on the bull for eight seconds to win, and then judges score their control and the bull’s power.

Trazas is currently ranked fourth in the New Mexico/Colorado region, and Maestas is ranked third. They practice together every other week on the Trazas family land in Brazos with a group of friends.

The boys wrap electrical tape around their boots so that the boots will stay on as the bulls buck. They pull on helmets and help each other into jackets. They coax a bull into the chute, whistling and tapping the ground with whips and the metal fence with electric cattle prods, and together they hold the rider steady as he mounts the bull. The rider gives the other boys a nod. They open the gate.

The bull throws itself forward, slams its front hooves into the ground as its back twists and its back hooves rise into the air.

The rider flies off, and another boy pulls him to his feet and shoos away the bull. Trazas pulled Maestas up and Maestas pulled Trazas up at a practice on Nov. 1.

When Maestas rides now, he can perceive what is happening to him. But his mind is blank, open, and his body moves according to muscle memory.

“It’s like a game, like you’re just flowing,” he said. “When the bull rears up you shoot to the front and you go to the top, and he’ll kick, and you’re sitting flat with him, and then he’ll kick again, and you’ll go to the front again.”

The fear he felt before his first ride never faded.

“Anybody that tells you that they’re not scared of riding bulls is lying through their teeth,” he said. “There’s always gonna be that fear.”

He once broke his wrist after a bull bucked him. Trazas has broken his arms, his legs, his collarbone, and three ribs, and he has punctured a lung and endured numerous concussions.

“You’re addicted to it,” he said. “I’d say it’s a rush you won’t get doing anything else.”

Maestas said he hopes he and Trazas will return from the World Finals with a win.