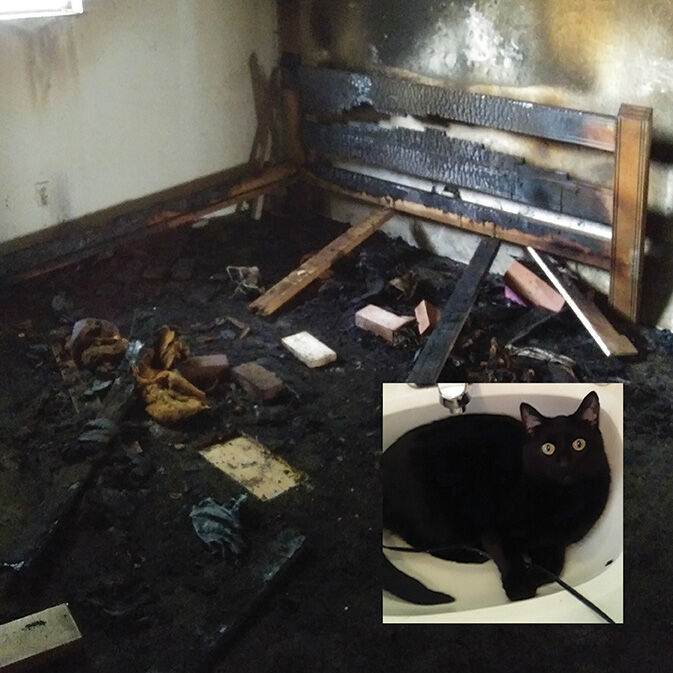 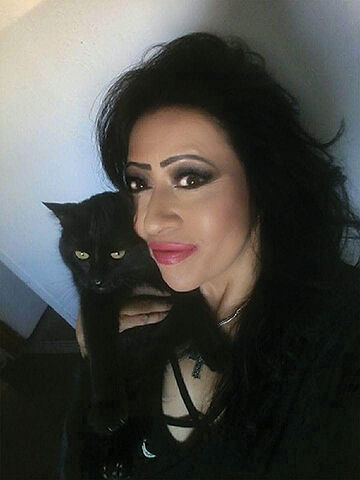 Marianne Griego and her cat Misty sharing a moment together.

Marianne Griego and her cat Misty sharing a moment together.

Española Resident Marianne Griego has been experiencing homelessness since June 19 when her ex-boyfriend allegedly set her house on fire, with her cat in it.

When firefighters arrived, the homeowner told fire department officials that an air conditioner and bed burned and the house was full of smoke. Firefighters found a dead cat inside, according to the report.

Griego said she was in Poston, Ariz. on the morning of the fire when her ex-boyfriend Andrew Trujillo allegedly called her intoxicated and told her he set her house on fire. Trujillo did not return phone calls or text messages seeking comment.

According to Google Maps, the drive from Poston to Española is almost a 10-hour drive. When she arrived at her home, caution tape and police officers and firefighters were everywhere, she said. She lost everything in the fire, including her cat.

She said Española police did not seem too concerned that she lost her cat. She said no one wanted to deal with her or the charges.

“All I wanted to do was make sure that the person who murdered her in the fire is charged according to the law,” she said.

Griego filed police reports on the telephone harassment by Trujillo, which allegedly occurred from June 13 through 25.

According to the police report, “the structure fire was considered as suspicious due to finding evidence of incendiary devices within the residence.”

Griego said she went back through the house and filmed the damage. Everything was covered in soot. Even her most sentimental possessions were ruined. She was able to retrieve a small hand-painted jewelry box made by her granddaughter who has leukemia, family photos and personal paperwork.

She said her cat Misty is more than just a cat but was a member of her family. She said Misty might have been a common black house cat with beautiful gold eyes, but was part of her family for the last nine years.

“When the fire was put out, the property owners buried her without my consent,” she said. “I went back to retrieve her burned little body in order to cremate her. I loved her that much.”

She said she wanted this story published because she wants to bring attention to animal rights and pet owner rights as well as animal cruelty.

Griego hired Albuquerque Attorney Mark Jaffe to sue for the damages and emotional stress caused by the fire. She called the loss “devastating.”

“The allegations are very serious and we hope that the authorities spend the sufficient amount of time looking into this and if their findings are confirmed, then there should be some prosecution,” Jaffe said.

Griego said it is time for the legal system to recognize pets as members of families.

“I got a lot of pushback from the police when I wanted to file animal cruelty charges against the suspects,” Griego said.

She said charges are pending in the arson investigation.