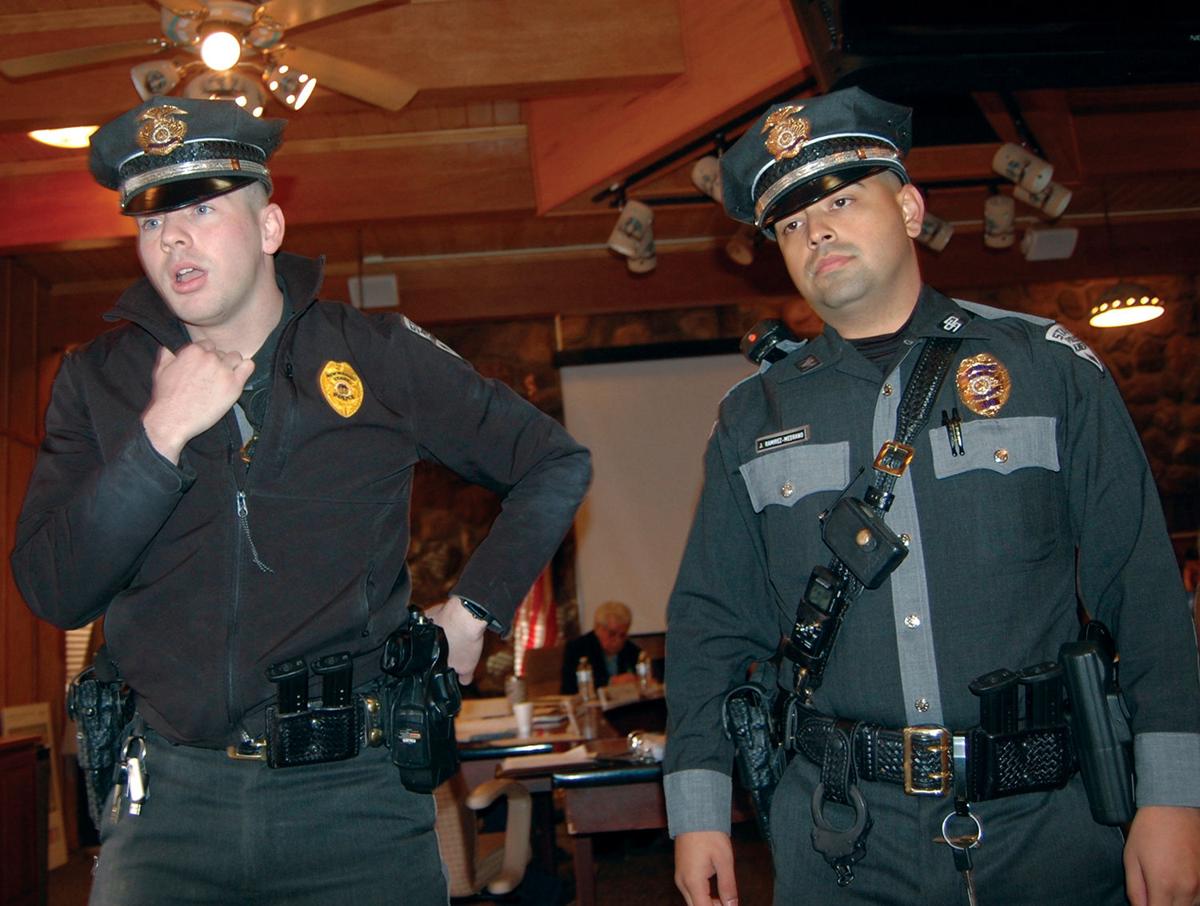 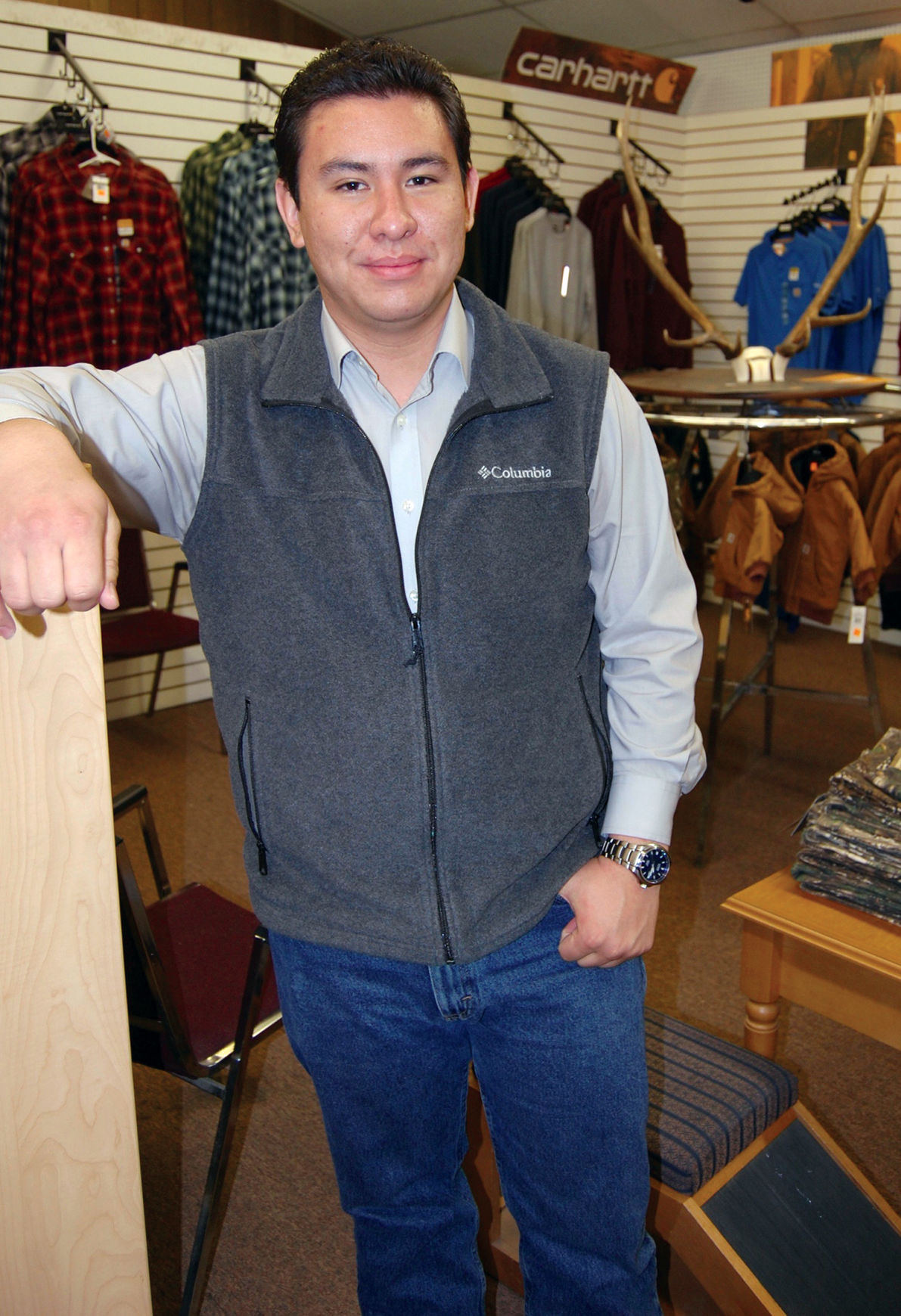 “I really hope we can amend the bylaws that the Board will be in compliance with the Open Meetings Act,” new District 4 Ward B Trustee John Ramon Vigil said.

The Jemez Mountains Electric Cooperative Board elected City Councilor John Ramon Vigil as the new District 4 Ward B trustee after a heated meeting—in which trustees argued about transparency and Board President Leo Marquez ordered Executive Assistant Laura Rendon to call New Mexico State Police on a member-owner and a Rio Grande SUN reporter.

At the beginning of the Jan. 11 meeting, the purpose of which was the election of a new trustee, Marquez asked the assembled attendees—member-owner Luis Torres, the reporter, the family of the late District 4 Ward B Trustee David Salazar—to leave the room.

He explained that the meeting would be closed and the Board would interview the candidates for the seat privately.

Before anyone left, District 6 Trustee Bruce Duran asked Marquez why the Board had not discussed at a full meeting the option of appointing Salazar’s widow, Sylvia, as the new trustee. Historically, Board members have appointed widows to serve the remainder of the terms of the deceased.

Marquez said he could not speak about why past boards followed that protocol but that he was following the procedures outlined in the bylaws.

“Unless we’re afraid of our membership,” Crawford said.

Marquez said the majority of the Board wanted the meeting to be private to protect the privacy of the candidates.

“I don’t believe that was ever voted on,” Crawford said.

Marquez said that such a vote was not on the agenda, implying that he could do nothing about it.

“You know, Mr. Chairman, the problem that I see here is that you’re not bringing your board in together to make decisions together,” Duran said.

Marquez once again said he was following the bylaws and that he is doing the best he can to be as transparent as possible.

Naranjo encouraged the Board to accept Marquez’s recommendation to close the meeting.

Marquez said the rationale was protecting the privacy of the candidates and avoiding any possible distraction.

“I don’t see this group as being particularly distracting,” Crawford said.

“Mr. Crawford, for the last time!” he said. “I tell you, I recognize your concern.”

Then he asked everyone to leave the room again.

“Can we vote on this?” Crawford asked.

Marquez declined and once more said the vote was not on the agenda.

After thanking the Board members for honoring his father, the late District 4 Ward B Trustee David Salazar, Española Municipal Judge Stephen Salazar left the room with his family.

But Torres and the reporter refused to leave, for the sake of transparency to member-owners.

“As a member-owner, I feel that I am entitled to listen to their deliberations,” Torres said in a Jan. 14 phone call. “I did not mean to interrupt. I simply wanted to listen because they’re talking about things that will affect me and something like 32,000 other member owners just like myself.”

He said there are indeed good reasons for a board to go into executive session, but that the reasons Marquez offered were not among these.

Rendon approached Torres and the reporter and asked them to leave, as did Marquez.

When they remained seated, Marquez told Rendon, “Call the State Police and have them removed.”

“I’m a member-owner, and I have a right to be here,” Torres told one of the officers.

He and the reporter continued to refuse to leave. The officers called their supervisor and Co-op Attorney Nancy Long approached the officers, though it was not possible to hear what she told them.

After it was clear that the police would not remove Torres or the reporter, Marquez stood up and led the trustees into the adjacent conference room, shutting the door. Some of the officers then stood outside one of the entrances to the room.

The Board proceeded to interview three candidates for the seat—Vigil, Leonard Valerio and Joseph Salazar.

A fourth candidate who applied for the position, former basketball coach Richard Martinez, was not present at the meeting.

Some are wondering whether Naranjo’s vote represents a shift in power on the Board, as he voted with trustees who are considered to be the minority faction. In the past he has voted with the majority.

“I am there for the benefit of the members,” Naranjo said, when asked how he plans to vote in the future. “I’m going to vote for what’s good for the Co-op. I’m not going to worry about minority or majority.”

Politics, apparently, were at play in other ways—Vigil said in a Jan. 11 interview that certain members of the Board set up a candidate to apply for the seat and also to run for City Council, in an effort to make Vigil withdraw his Co-op application.

“There is a person right now running for Española City Council that is not committed to the citizens of Española, and he’s running for ulterior motives,” Vigil said.

Vigil would not specify exactly whom he meant, but the only candidate running for both City Council and the Board was Martinez, who would not comment.

“Some members of the Board tried to play political games,” Vigil said.

“The Board chair said that the majority made the decision to go into closed session, but I didn’t see a vote be conducted beforehand,” he said. “I really hope that we can amend the bylaws that the Board will be in compliance with the Open Meetings Act, regarding executive sessions, notices to the public for the agenda, just that fiscal transparency which has been lacking at Jemez Co-op.”

Electric Co-ops Get a Chance to Gather Members, Rewrite Bylaws