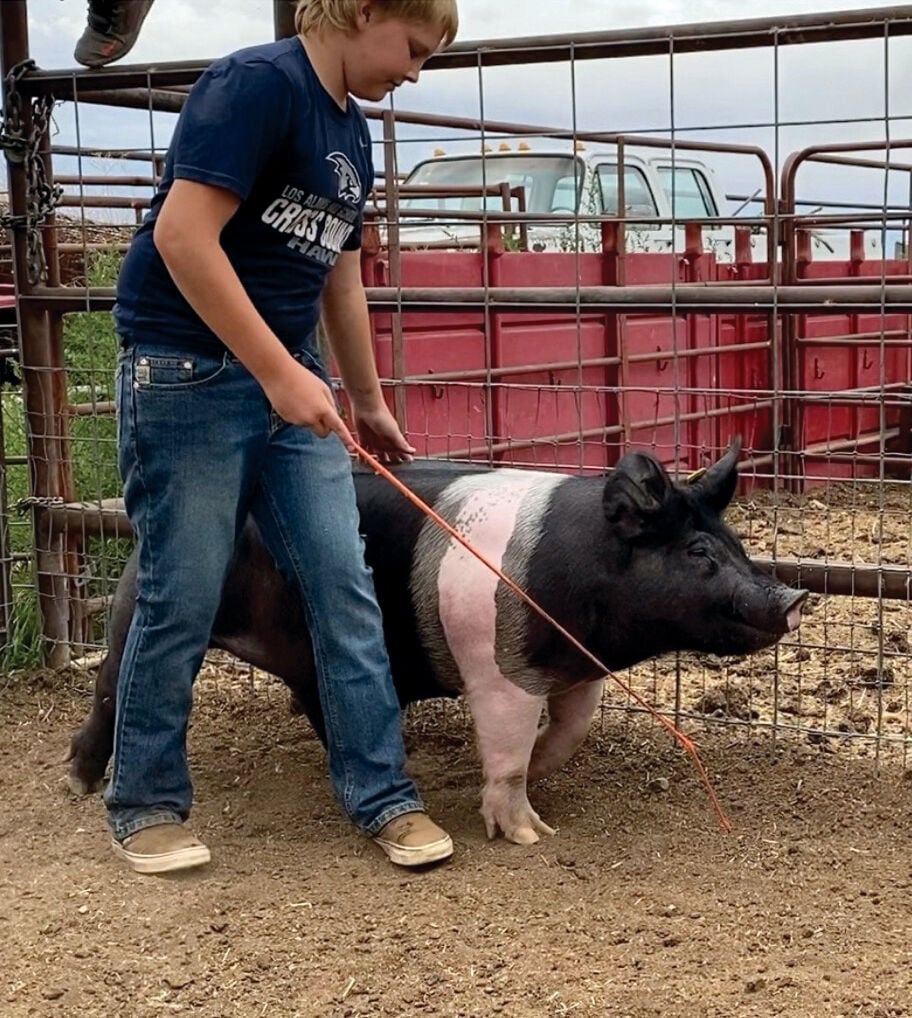 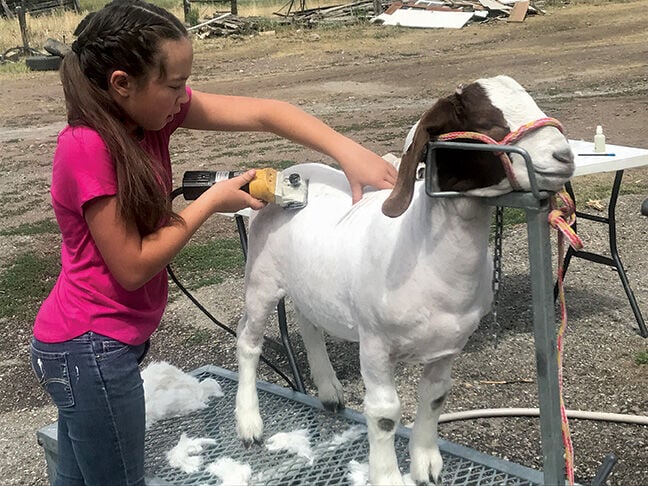 Shania Gurule shears her prize-winning goat. The 11-year-old is from Tres Piedras.

Shania Gurule shears her prize-winning goat. The 11-year-old is from Tres Piedras.

The trick paid off: the hog was named grand champion in the “Quarantined Twenty-Twenty and Still Showin’” Jackpot.

The Pretty Tough Cattle Women, a group of Rio Arriba women who work to promote beef and youth agricultural education, organized the virtual livestock judging event after the 2020 Rio Arriba County Fair was canceled due to COVID-19.

Thirty-one children participated by submitting three photos and 10-second videos of the animals they have raised over the course of the last year.

Pretty Tough Cattle Women hired a judge and purchased custom metal cups for the winners and t-shirts for every participant.

“I think it was great they put something on for the kids since the fair was canceled,” said Hollander’s mother, Jenni Hollander. “It gave them something to do with their animals.”

Pretty Tough Cattle Women President Sage Faulkner said she really admires the tenacity she has witnessed in children who kept working with their livestock, despite all the challenges of the pandemic.

“They stuck with it, and they went out and worked with animals and just kept with it and did their best, and I think we just need to try and recognize that and give them a chance to shine,” she said.

Judge Warren Metzger, who has judged county fairs throughout New Mexico, said it was challenging to not be able to handle the animals as he normally would to determine how fat they are and how much muscle they have.

“It’s kind of harder to tell, but they did a really good job taking pictures and the videos,” he said. “You could see the differences, you just couldn’t feel the difference.”

Several of the children said it took a while for the animals to cooperate while being photographed but that they were glad to still have some way to show their animals.

They also described the bonds they formed with their animals as they worked with them.

“You get to love them and learn how to handle them, and they love you back,” said Colton Hollander.

Stetson Trujillo, whose goat was named reserve grand champion, advised other youth who plan to raise animals in the future to be patient and continue working with them despite any initial difficulties.

“Once you start to work with them and really get that bond, it’s really fun and it’s easy,” he said.

Faulkner described the events as one of the most fun things she has done in her life.

“It was so nice for me to sit down and look at nothing but beautiful well-raised animals and their pictures and their videos for several hours on end,” she said.

The Rio Arriba County Fair Association will be hosting a virtual auction on Aug. 1. Buyers must pre-register and request to bid before the start of the sale at cattleusa.com.

“The livestock auction is so important for the kids, and while it will be very different than our norm, this is, as always, a great opportunity to support the future of agriculture,” Faulkner wrote in a July 24 email.