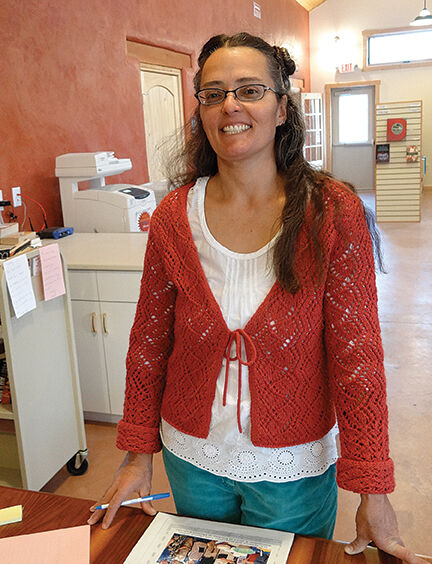 Felicity Fonseca will leave the Embudo Valley Library after 17 years, to take a position at the Los Alamos County Library System. 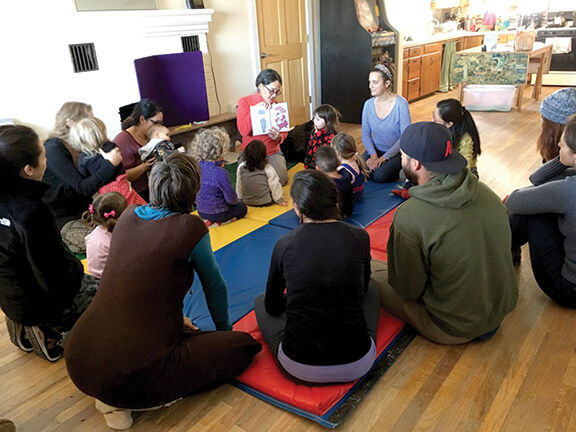 Felicity Fonseca (left, with book) reads to a group of children and parents. 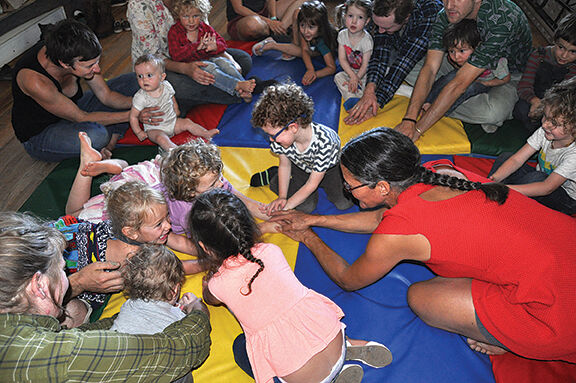 Felicity Fonseca will leave the Embudo Valley Library after 17 years, to take a position at the Los Alamos County Library System.

Felicity Fonseca (left, with book) reads to a group of children and parents.

After spending 17 years as a bookkeeper and then executive director for the Embudo Valley Library, Felicity Fonseca is leaving the valley for a position at the Los Alamos County Library System.

Fonseca said her favorite memories include singing with children in the Caterpillar Club, working on oral history projects, and more than anything else the personal interactions—working with staff, helping find books for regulars, assisting community members with stimulus or unemployment payments over the summer, as well as working with community partner organizations.

Fonseca was instrumental in starting that Caterpillar Club, along with an afterschool program, and a science, technology, engineering and mathematics (STEM) program, Brenden said, among many other programs.

“She’s been such a key person, not only in the library, such a resourceful leader and also fundraiser,” Brenden said.

In 2015, the Library was one of 10 recognized with a national medal by the Institute of Museum and Library Services, on an equal level as the Los Angeles Public Library system.

The Los Alamos County Library Director encouraged Fonseca to apply. Fonseca first applied for the position in the spring, but the library did not fill the position before the coronavirus pandemic essentially closed New Mexico, and they instead closed the position.

The position reopened in August, and Fonseca applied and ultimately accepted the position.

Three years ago, Fonseca enrolled at the University of New Mexico School of Public Administration to earn a master’s degree. Fonseca said before that she was invited for a leadership training program, and decided afterward she wanted to pursue further education.

Most people in similar positions would instead have a master’s degree in library science, she said.

“I’m a little bit of an outlier in the library field,” Fonseca said of her degree. “I determined that those were the skills that I needed, personally, to run Embudo Valley Library. I needed those nonprofit administration skills, more than I needed a master’s in library science.”

She said a lot of that education has been used to benefit the library. She wrote a case study about the Capitan Public Library’s thrift store, which she then brought to the Embudo Library board. The Library then opened a thrift store, and she said that helps the library generate income to supplement their limited government funding. She also wrote her thesis on the Embudo Valley.

In Los Alamos, Fonseca will have to adjust to working for a larger organization, as she plans to commute from Embudo to Los Alamos.

“I’ve had a lot of freedom here to pioneer different kinds of programming and pursue unique funding sources,” she said. “I’m not so sure that I’ll have the same kind of freedom there. But I am really interested to learn how you can take efforts and scale them up. One of the things, working at this library, is that we serve a very small and rural community, and I really want to learn what it’s like to be able to deliver service to more people.”

Fonseca is thankful to all the Library’s partners and funders.