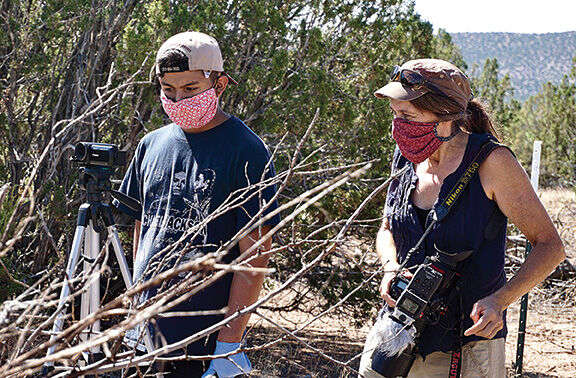 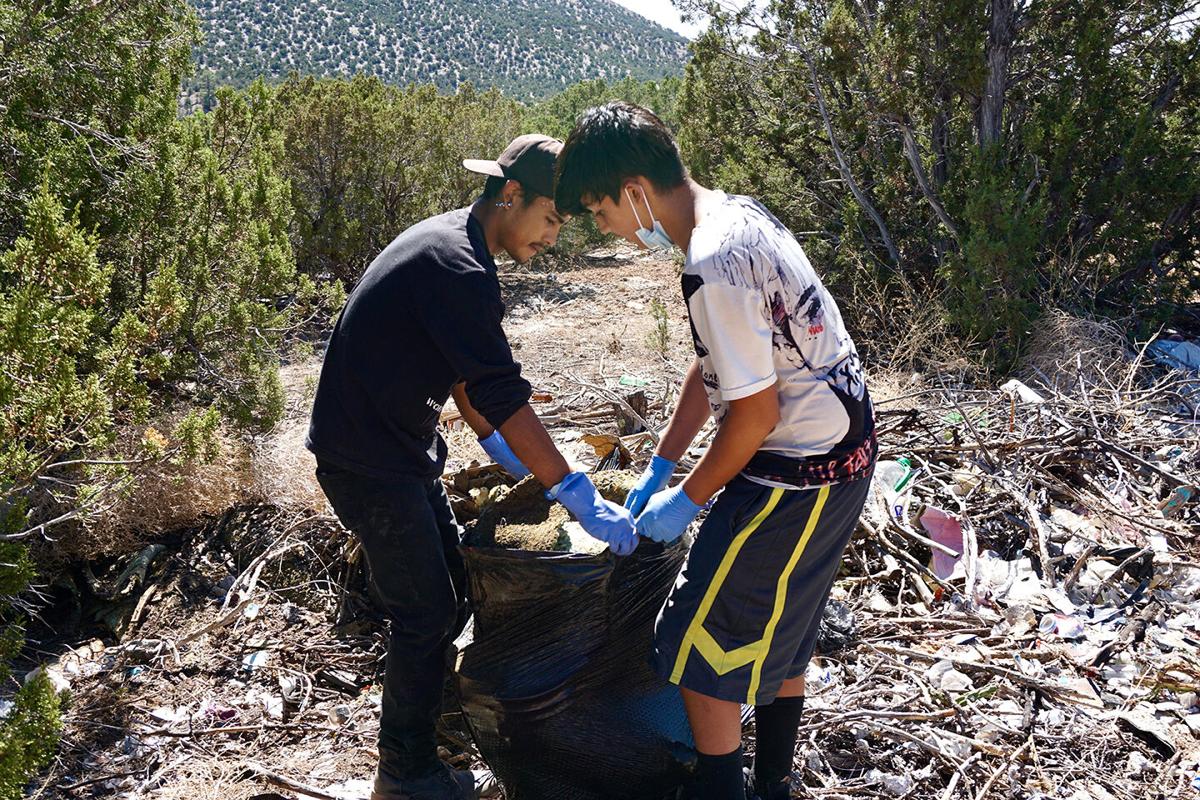 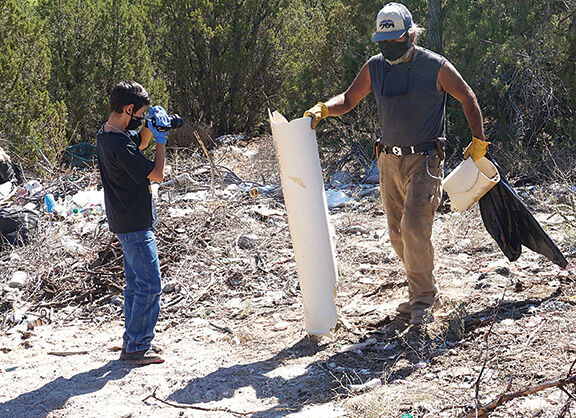 Students and their mentors on Sunday collected garbage and camera shots from the land around La Madera.

Attending a summer workshop sponsored by the La Madera-based advocacy group Acequia and Aquifer Water Watchers, five students have worked with award-winning photographer Beth Wald since the spring to document local illegal dumping grounds and attempts to clean them up.

Wald has taught them how to film, photograph, interview and edit––in other words, how to tell multimedia stories.

“What I try to do for the kids––outside of the trash part, which I think is really important–– it’s that they have a voice and can make an impact,” she said. “Especially for these young people that’s the most important thing, that their opinion matters, and what they do.”

Their efforts will culminate in the creation of a short documentary, much of which they have already edited, about the effects of pollution on the region’s land and water.

Rain can wash the trash and the chemicals in it into the local aquifers and acequias, causing environmental and agricultural damage, said Water Watchers member and Servilleta resident Antonio DeVargas and United States Forest Service Ranger Jasmine Valdez in interviews for the documentary.

“Our lands are precious, beautiful,” said Rudy Trujillo, 14, of Servilleta. “It’s time to understand that it’s not good for trash to be sinking into the ground, into the arroyos and stuff. Because it’s not only bad for us as a community or as people. It’s also bad for the nature and the wildlife and the water.”

For Sunday’s session, the last official workshop of the year, the students gathered with DeVargas, Servilleta resident Chon Chavez, El Rito resident Nicholas Herrera and Wald to gather the trash in the area, film each other through the clean-up and edit the shots they snagged.

Taos County provided a commercial dumpster for the event and waived the rental and the transport fee, after North Central Solid Waste Authority did not follow through on tentative plans to work with the group.

Beside Apache Drums, a community space in La Madera, the students taped signs to the Taos bin that read, “Don’t pollute our land” and “Dispose trash here.”

Then, in the midday heat, the students and the adults drove out to an illegal dumping site along a road that snakes up a hill just south of La Madera.

Cushions, shoe soles, sofa stuffing, the body of an old television, diapers, tires, towels, egg cartons, a table, a tub, a retablo, mattresses, rags, springs, jars, bottles, syringes, a plastic hamper, bone, a duvet cover and many other unwanted items were heaped among the juniper trees.

A packrat darted out of one of the tires.

“Look at this beautiful view and look at all this s*** over here,” Herrera called out.

The adults and half the students filled black trash bags with the refuse. The others stood behind cameras at various angles, trying to get the best wide and close-up shots of the work.

Rudy Trujillo’s brother Mark Trujillo, 17, said he hopes people will understand the depth of the problem and respect the land.

“It does take a lot of time to try letting people know what’s going on with the situation, because people are aware yet they’re not aware how bad it is,” he said. “That’s the part that they don’t know, is that it’s really bad for the community.”

The best aspect of the workshops, he said, is all the knowledge the students are gaining––about the importance of community, and also about how to use a camera.

DeVargas said the program may provide an opportunity for the students to work in New Mexico’s film industry.

“If even one or two of the kids here get enough experience to that kind of a career, photography, whatever, something like that, that’s the main focus of this, with an eye toward the preservation of our water,” he said.

He is hoping Rio Arriba County Commissioners Leo Jaramillo, who is running for state senate, or Danny Garcia, who is retiring from the Commission, will do something to remedy the garbage situation in the County in their few remaining months in office, he said.

A grand jury investigation of North Central Solid Waste Authority is set to occur at an unspecified future date to examine “allegations of malfeasance, misappropriation of public monies, billing and collecting money for services not rendered, fraud, and other illegal acts” committed by anyone associated with or employed by the Authority, as stated in a petition DeVargas started.

He said the Authority could help with the trash problem in the County by setting out a bin, in which people could dump their trash, once a month in communities throughout Rio Arriba.