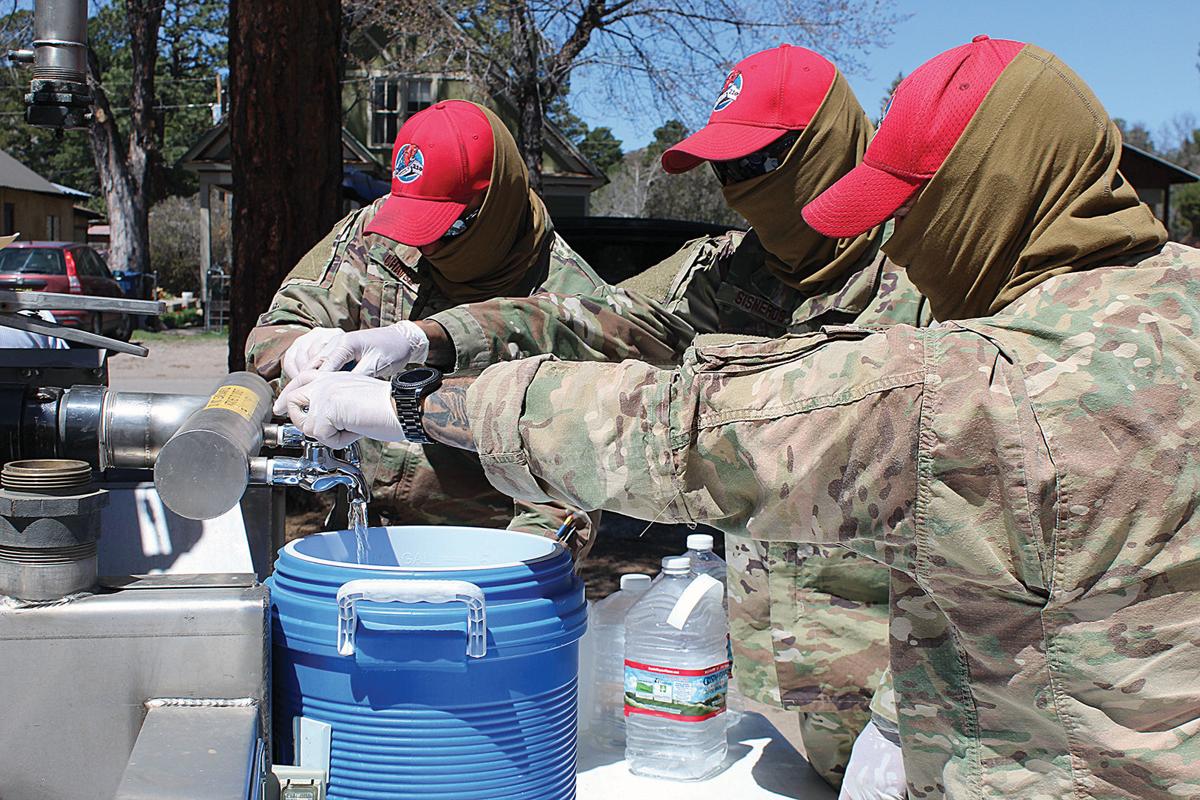 Members of the New Mexico National Guard fill containers with potable water May 2 in Chama. 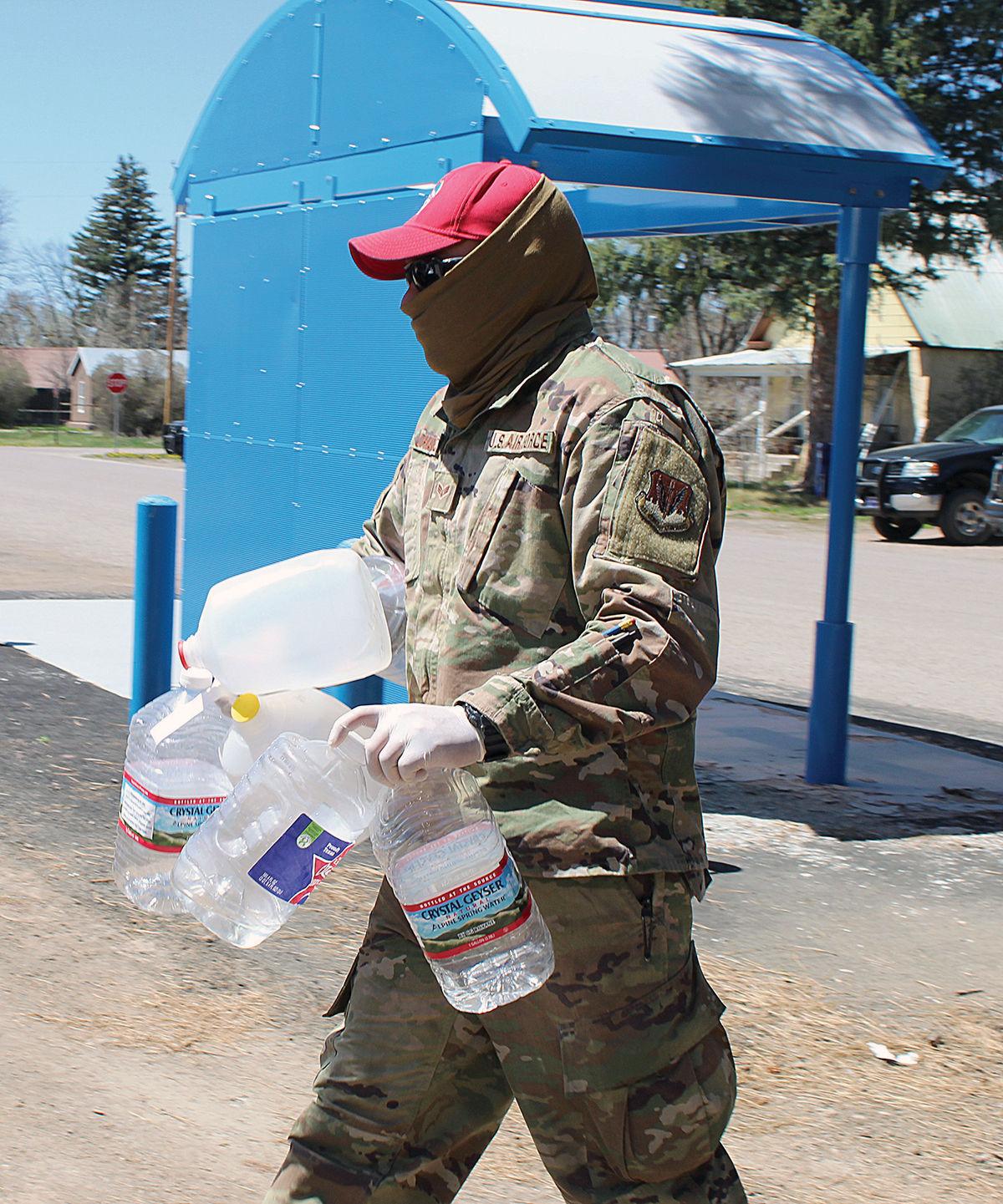 A member of the New Mexico National Guard carries containers to a tanker of potable water May 2 in Chama.

The National Guard loaded potable water into tankers the morning of May 2 in Tierra Amarilla to provide Chama residents with safe drinking water.

Since Good Friday, the Village has had trouble with its water supply–first, a mechanical failure in the Chama water plant caused the Village to lose all its water and the pipes to run dry, Chama Mayor Billy Elbrock said.

The state issued a “boil advisory,” advising residents to boil their water before consuming it, after the water began to run again through the dry pipes.

Then, on April 29, the state issued another boil advisory to the Village, because the turbidity of the water from the Chama River–the source of the Village’s water–exceeded state standards and filters within the plant are failing.

The failure in the filtration system could lead to a bacteria problem in the water, if the filters cannot trap solids from the turbid water, said Jim Giesen, Water Operator for the Tierra Amarilla Mutual Domestic Water Consumer Association and for the Rutheron Water Association. Giesen worked pro-bono for Chama water in March, after former Chama water system operator Levi Sandoval resigned.

Chama staff had to stop filling the Village tanks, since the water was non-compliant, and residents could not access drinking water.

“As soon as I found out, I called Lt. Governor Howie Morales,” said Chama Councilman Mathew Gallegos. “We were on the phone off and on all day and by Friday (May 1) we had the National Guard up here with their potable water tankers.”

Elbrock said the National Guard will be at City Hall ensuring residents can access clean water until all problems with the plant are resolved.

“I got a call Thursday saying pack your bags, you’re going to Chama for a week,” Army Sgt. Paul Valdez said through an Army green mask. “We’re doing this on the fly, working with the Department of Health, making these drops best we can.”

Members of the National Guard loaded 6,000-gallon stainless steel tankers at the Tierra Amarilla fire hydrant between Margarita’s and the Chevron, just after a Chama fire truck loaded 1,000 gallons for a burn that got out of hand in Plaza Blanca.

Then, the National Guard members distributed water directly from the tankers to local citizens carrying pots and buckets. They pumped into storage tanks at the Chama water facility.

The company has worked with the Village plant contract operator, Nicole Mangin, and after she informed company officials about the problem, they donated over 20,000 bottles of water to residents.

Each household in Chama received 48 bottles of water.

At the Village of Chama Council meeting held April 29 on Zoom, several citizens voiced concern that they were not being informed about what is happening at the water plant.

“During the meeting, I requested from Mayor Elbrock that we create a committee to track the progress at the water plant. Myself and Jolene Jones are now that committee,” Gallegos said. “We’ve met several times with the water operators already and I believe they are making progress.”

Elbrock said plant operators Mangin and Donald Thymes have been working at the plant to resolve the issues 14 to 16 hours every day for the past 14 days.

As people around the country debate the costs and benefits of lifting shelter-in-place orders and reopening, public health officials in Rio Ar…