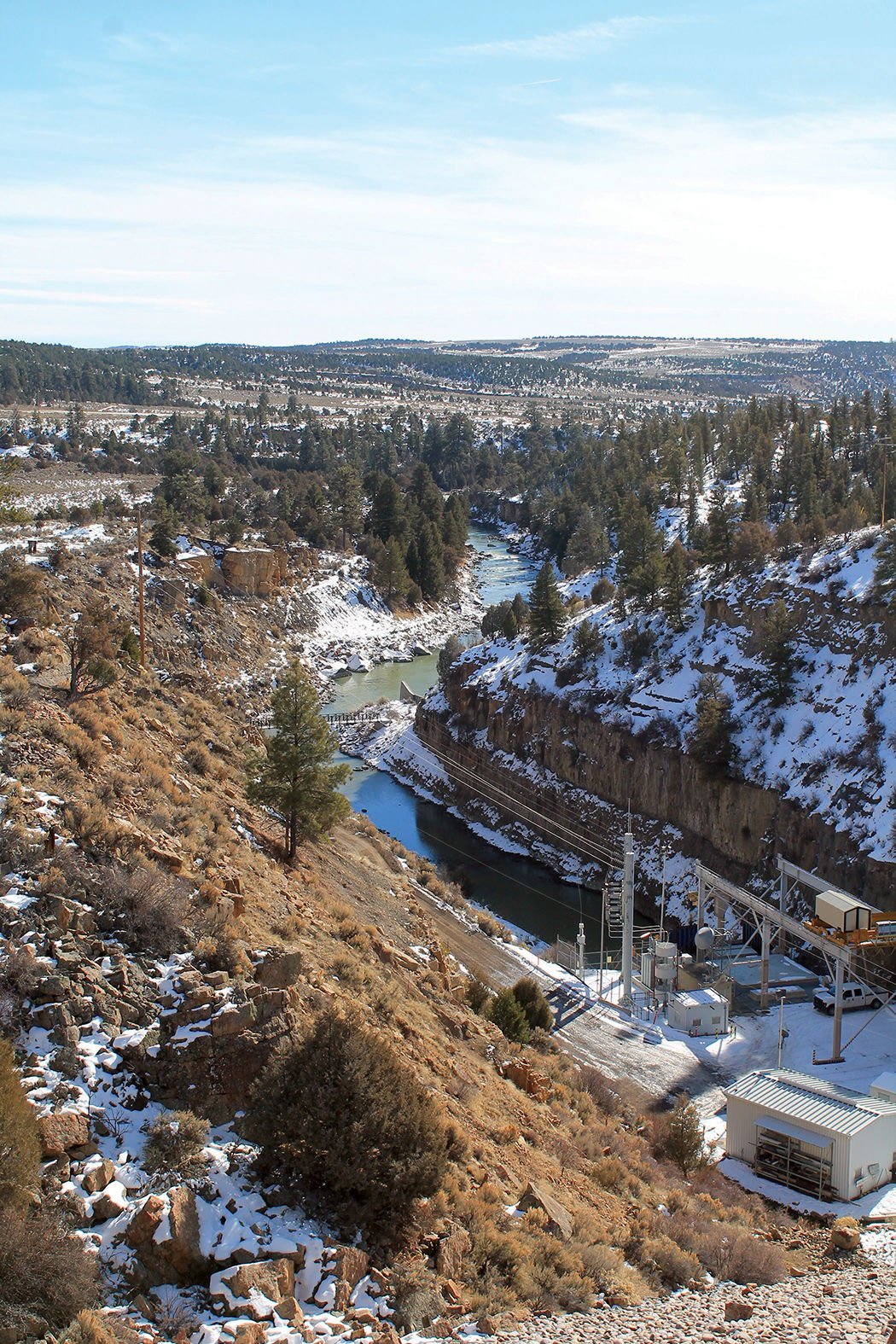 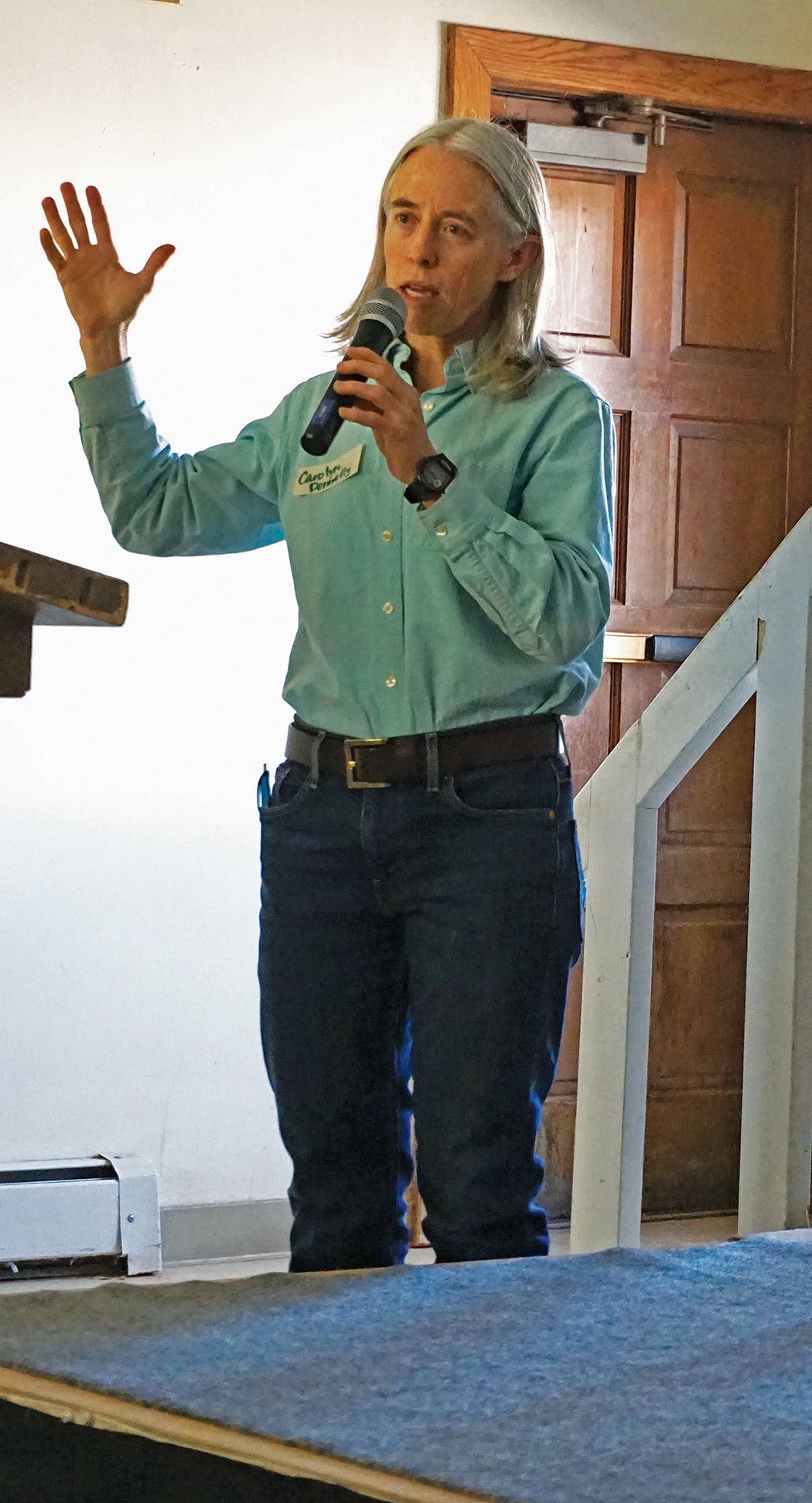 Beginning in 2021, the Bureau of Reclamation will repair El Vado Dam.

Built in 1935, the dam is one of the only steel faceplated dams in the country. It can store around 200,000 acre-feet of water.

Some of the steel faceplates of the dam have become cracked and bent due to shifts in the land around the dam, wrote Bureau of Reclamation Public Affairs Specialist Mary Carlson in a March 6 email.

The shifts in land have also caused erosion behind the faceplates and cracks and bending in the plates on the dam’s spillway, she wrote.

“The spillway, some of those face plates, if you walk on it, you can hear it’s kind of hollow underneath and they move, so if we started using that at the full capacity, water could get under those plates, take them out, and then there could be failure of the dam,” Donnelly said. “And luckily there’s not a large population downstream, but for those who are there it would not be a good thing.”

Water from El Vado runs through the Rio Chama to Abiquiú Dam, which would ultimately contain spillage from the failed dam. Communities in between the two dams include Cebolla and Canjilon.

It also sometimes stores drinking water for cities including Santa Fe and Albuquerque as part of the San Juan-Chama Project.

Carlson wrote that the Bureau of Reclamation is still working out details about how water will be stored and move during the repair, for which the reservoir will be close to empty for at least a year.

The construction will likely take three years. The first phase will entail lowering the water levels significantly, drilling holes in the faceplates and filling voids in the earthen embankment, and then placing a membrane liner over the faceplates to prevent water from seeping through, she wrote.

Carlson wrote that this phase will require limited closures of Highway 112.

The reservoir will store roughly a third of its capacity then, she wrote. The Bureau of Reclamation will replace the spillway with a concrete spillway.

The second phase will require full closure of Highway 112 for at least a year, she wrote.

The Bureau of Reclamation is still determining the cost of the project. The Middle Rio Grande Conservancy District will pay for 15 percent of the construction.

At the Feb. 29 Congreso, University of New Mexico Civil Engineering Professor Mark Stone presented a further potential improvement to the dam, separate from the Bureau of Reclamation’s work. A grassroots organization called the Rio Chama Flow Optimization Project, of which Stone is a member, is advocating for that improvement.

Members of the project have observed high levels of sediment and low water temperature downstream, both related to the fact that the water that runs downstream is drawn from the bottom of the reservoir.

Stone said that having greater control over these factors could aid biological and ecological processes, such as primary production (the creation of organic compounds from carbon dioxide), occurring downstream.

Project members are hoping for funding, possibly from the state, conservation groups and/or the federal government, to construct a gated inlet structure, which would allow for more flexibility with how the water is released.

The dropping of the reservoir levels for the Bureau of Reclamation repairs will provide “a golden opportunity” for the construction of the structure, Stone wrote in a March 6 email.

Carlson, however, wrote that such a project would require significantly more study before it would be possible to move forward.