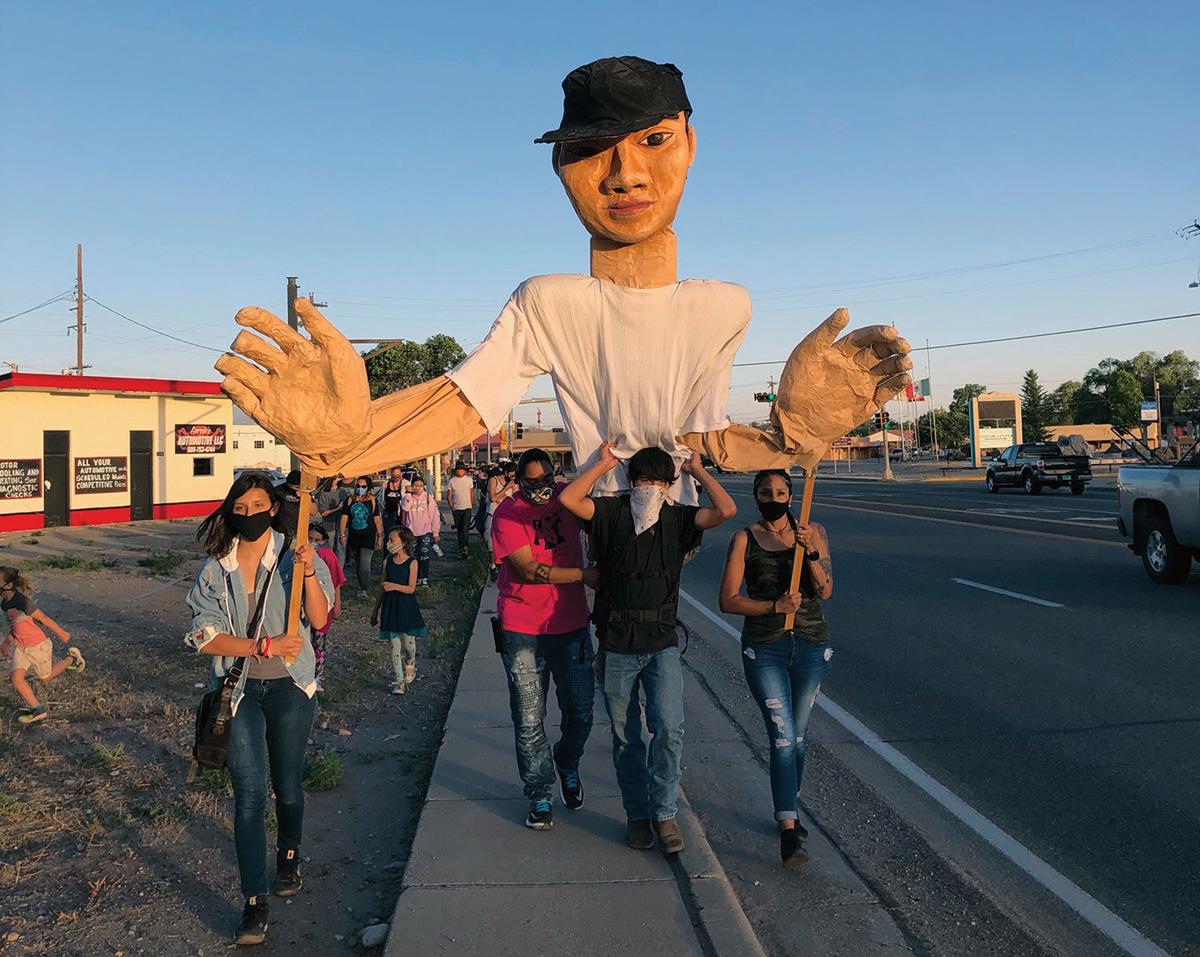 Attendees of a vigil held on the sixth anniversary of Victor Villalpando’s death marched with an effigy of him from the Lovin Oven to the Española Healing Foods Oasis. 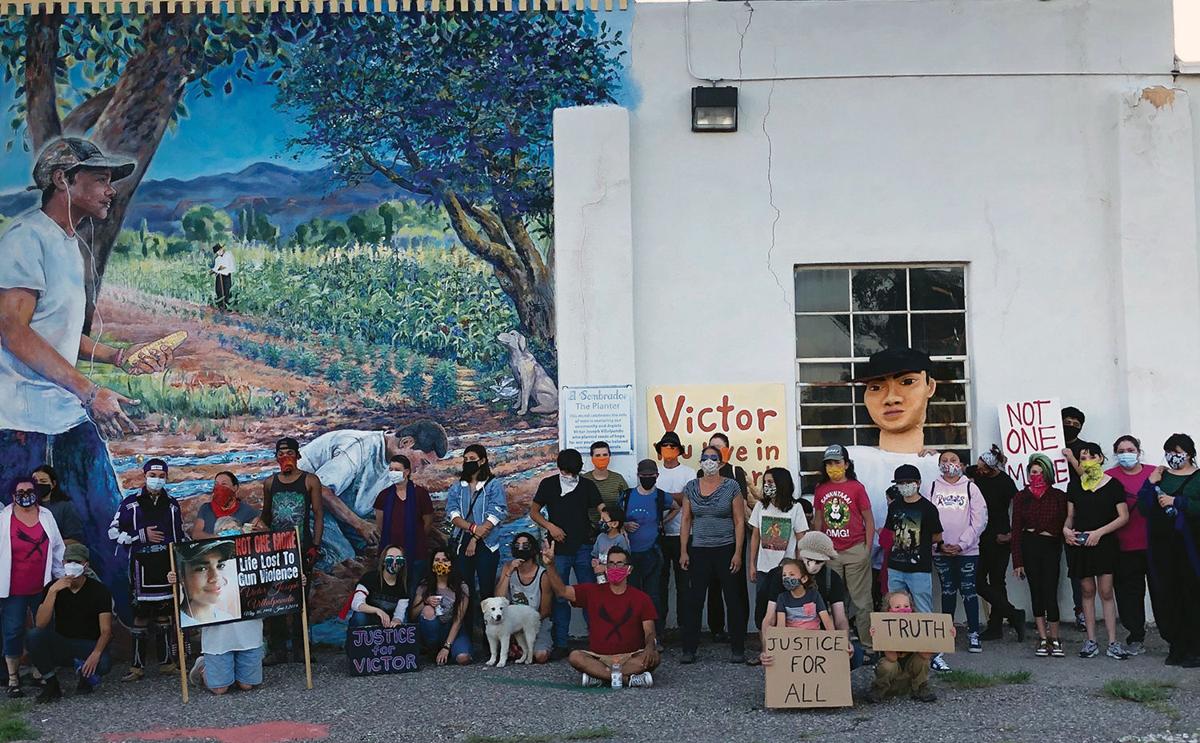 Attendees of the Monday prayer vigil for Victor Villalpando beside the mural on Paseo de Oñate that commemorates him.

They lifted a giant effigy of the boy high into the air and walked with it away from the spot where police killed him six years ago.

Across the Paseo de Oñate bridge they marched, carrying signs that read “Not One More Life Lost to Gun Violence” and “JUSTICE.”

Villalpando, who was 16 when he died, was a talented dancer and teacher. At Moving Arts Española, he taught numerous children gymnastics.

His mother Patty Shure said he taught a family friend in her 50s how to do flips.

“She’s like, ‘I can’t do this,’ he’s like, ‘Of course you can,’ and he just taught her,” Shure said. “He just really believed and could manifest it.”

When he danced he seemed like a bird in flight, and when he looked at people he always looked them in the eye and his own eyes would light up, she said.

“When he died there were so many people on the streets of Española who came up to me and told me stories about spending time with Victor,” she said. “He was kind of a miracle.”

Soon after his 16th birthday, Villalpando went for a walk, called 911 and reported that a man was acting dangerously. Describing the man’s appearance, he described himself.

The officers who arrived saw what they reported as a 20-year-old man pointing a gun at them. One of the officers fired and killed him.

The “man” was Villalpando, and the gun was a toy.

Those gathered for the Monday vigil listened outside Española City Hall as Rio Arriba County Health and Human Services Clinical Supervisor Michelle Peixinho named law enforcement policies that she said could have saved Villalpando’s life, had they been in place: requiring de-escalation, warning before shooting and exhausting all alternatives before shooting.

“We need to fight for those,” Peixinho said.

Malaya, the best friend of Villalpando’s sister and a mentee of his, said she wanted to hold the event in part because of the current national conversation about police violence and racial justice that took off after police killed George Floyd in Minneapolis, Minn.

“(Victor) was not black so we don’t think of it as part of the (Black Lives Matter) movement, but it does touch on police brutality, and the fact that we totally need to either abolish or reform the police,” she said. “Something needs to change, and so I thought that right now is a really good time to just have this and hold space.”

Next to the Española Healing Foods Oasis, where the march ended, Mitchell Gray performed a hoop dance, while his mother Lorraine Gray sang and beat a drum.

Attending a college tour at Colorado State University in 2018, Mitchell’s older brothers were arrested for doing nothing, after a white woman called the police on them and said “they don’t belong.”

Lorraine told the crowd that in the culture of her people, the Mohawk people, a hoop dance is a healing dance.

Mitchell leapt around the hoops as the sky went dark, twirled them around his body, held them across his back like wings and spun.