Skip to main content
You are the owner of this article.
Edit Article Add New Article
You have permission to edit this article.
Edit
Home
News
Sports
Classifieds
Opinion
Calendar
Photo Gallery
Search Archives
Submit Your News
1 of 3 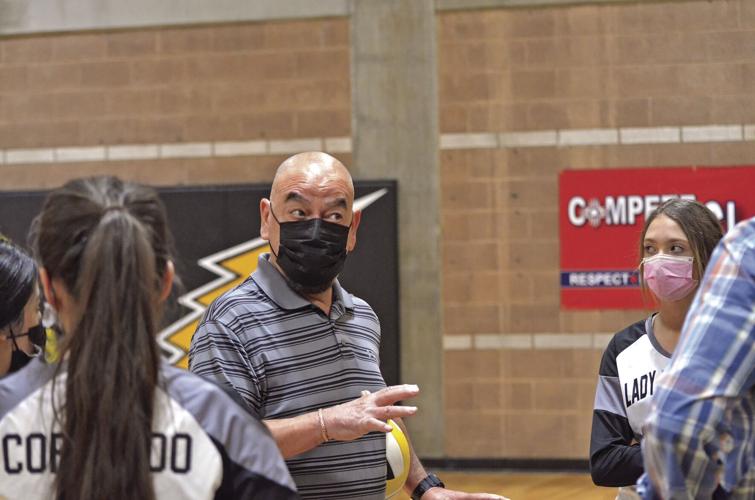 Glenn Callaway speaks with Coronado High School volleyball players during a 2021 match, when he was the team's head coach. 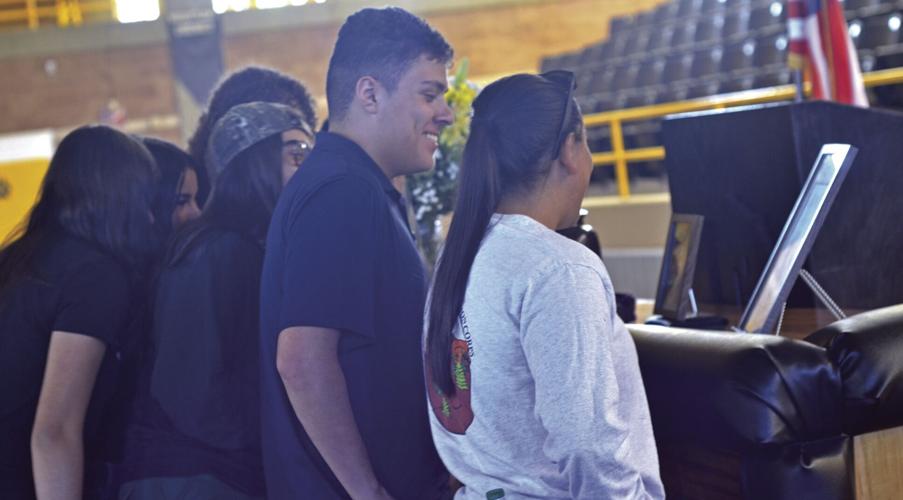 Coronado High School students admire photos placed at a memorial for Glenn Callaway, delighting in seeing back when he still had hair in excess on his head and face.

Glenn Callaway speaks with Coronado High School volleyball players during a 2021 match, when he was the team's head coach.

Coronado High School students admire photos placed at a memorial for Glenn Callaway, delighting in seeing back when he still had hair in excess on his head and face.

In front of a few dozen people gathered in the Coronado High School gymnasium, speakers over 40 minutes painted a picture of a man passionate about youth with a goofy side that coached every sport possible.

The July 8 memorial for Glenn Callaway honored the former coach’s life and his service to the Northern New Mexico community.

“He was a good person,” said 2022 Coronado graduate Miguel Chavez. “And he did a lot of amazing things.”

Callaway, a longtime coach at Coronado High School — most recently for the volleyball team for the 2021 season — passed away on June 9 at the age of 64.

Callaway’s brother, Jimmy, recalled how happy he was after his last track meet.

“Coach Callaway was one of those people who always made people feel good and supported,” said Jemez Mountain Superintendent Felix Garcia. “He was always willing to step up and help when we were in a bind.”

Garcia told a story about one time during a paramedic presentation, Callaway had, in his telling, a hilarious story for every condition named, starting with hypothermia to every other ailment.

“He was always the nicest guy,” student Rebecca Chacon said. “He always brought light into the room no matter where he was at.”

Callaway grew up in Lovington, but spent the last four years of his life in the Jemez Mountain School District. In that time, he coached every sport at the high school at least once. Students would often mimic his southern accent, or dress up like him on spirit days.

Callaway was a baseball player growing up, and he was a member of a Lovington Little League team that won the state tournament. In 2013, he led the Jemez Valley baseball team to a state championship.

During the most recent volleyball season, Callaway admitted to not knowing much about the details of the sport, leaving that up to an assistant coach. He took over the team largely as a matter of necessity. But he led the team to a surprising 4-5 district record despite a 1-10 start to the year, including an upset of one of the strongest teams in Santa Fe Waldorf.

“He saw how much we wanted a season, and he stepped up,” rising senior volleyball player Elena Gallegos said.

He was also prepared to coach a girls basketball team, but ultimately the school canceled the season when only five eligible players joined the team.

But Callaway largely kept his personal life to himself. In his final days, he fell ill but did not seek treatment until too late.

“He was always the most accepting person I’ve ever met,” said Coronado student Joshua Garcia. “He’d always make sure that everyone was being nice. He’d always tell me — if anyone ever messes with you, you come to me and I’ll nip it in the bud.”