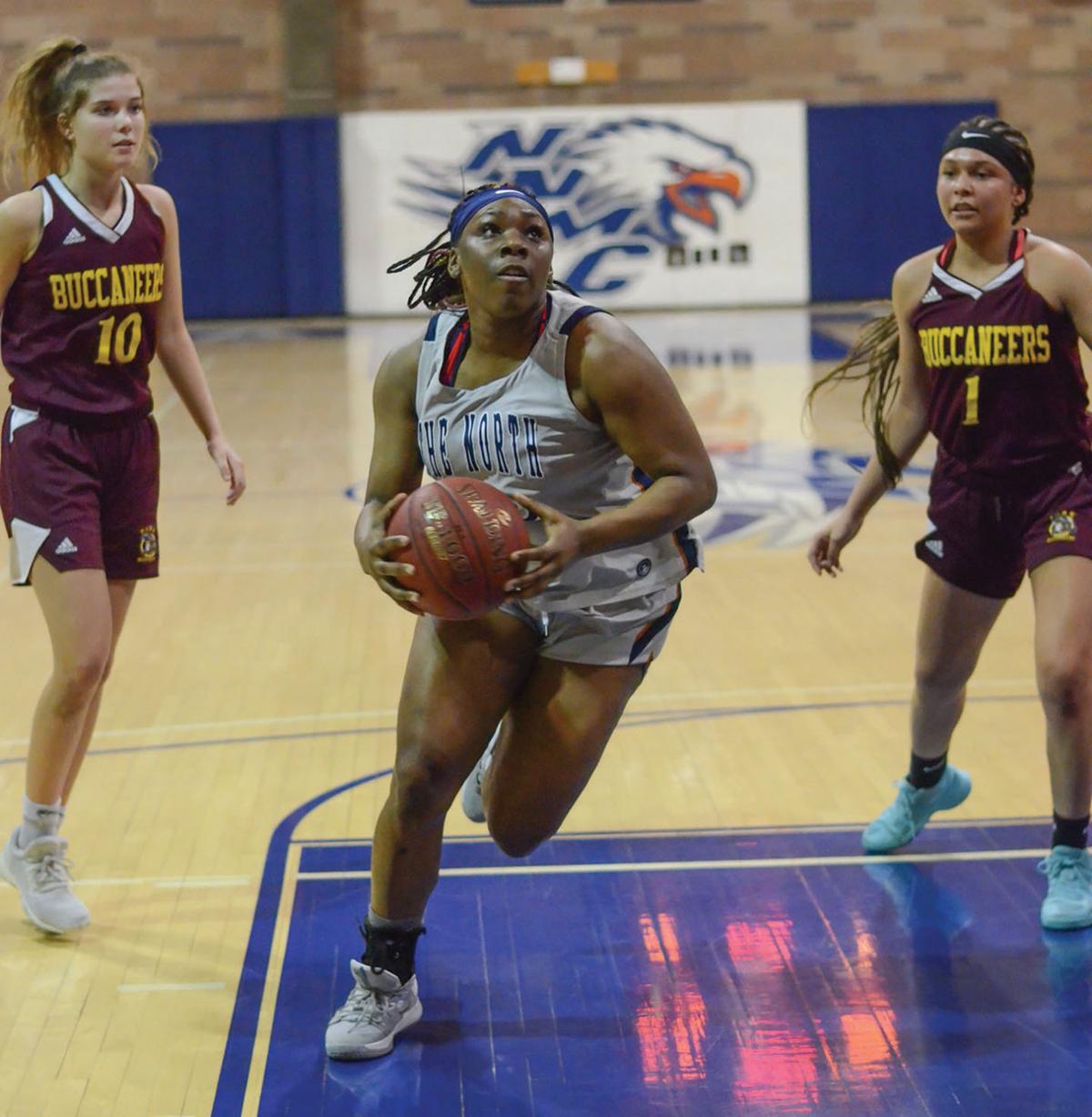 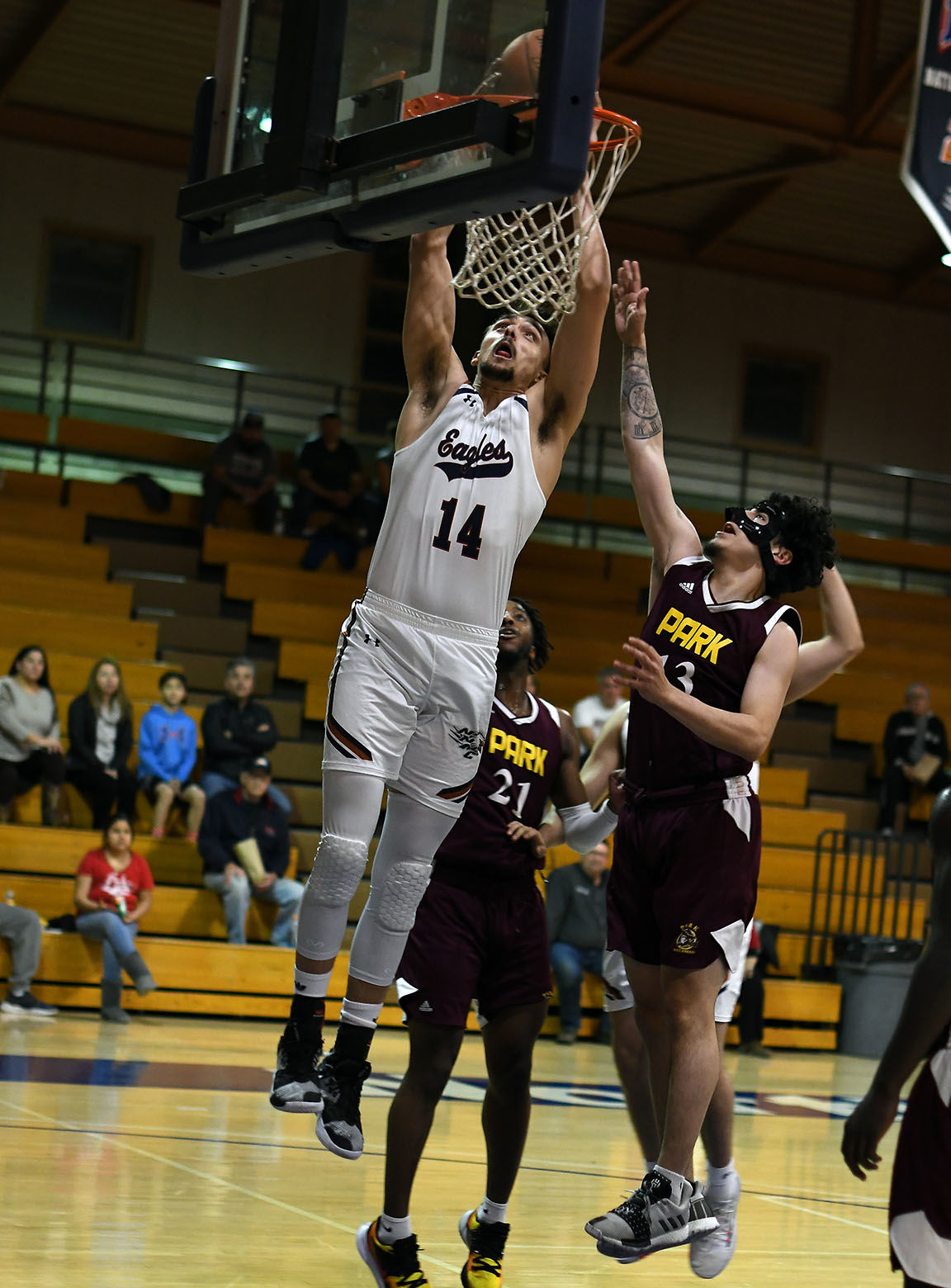 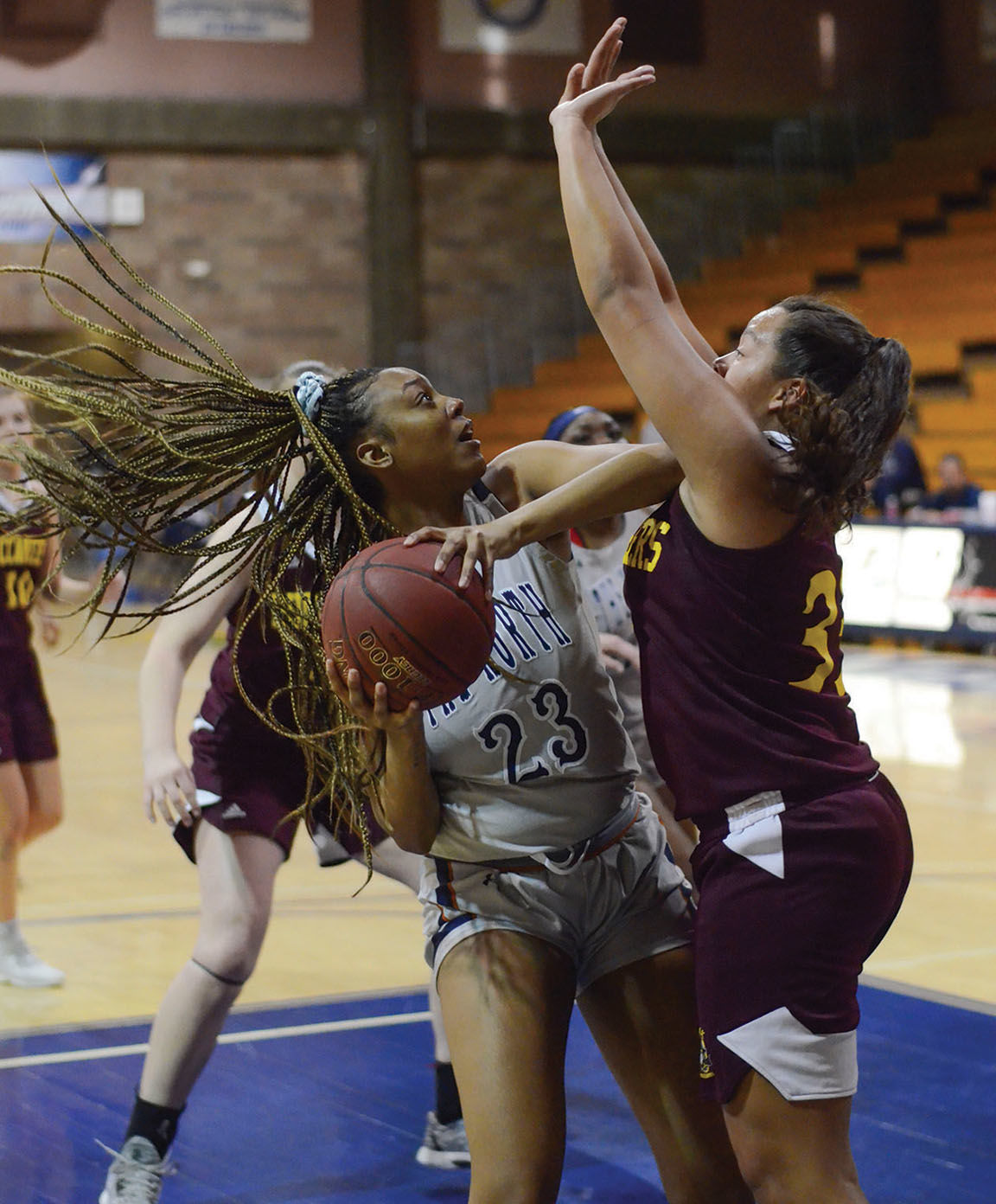 Northern's Telyssa Samuel makes a move in the paint against Park University Gilbert on Feb. 7 at Eagle Memorial Gymnasium. 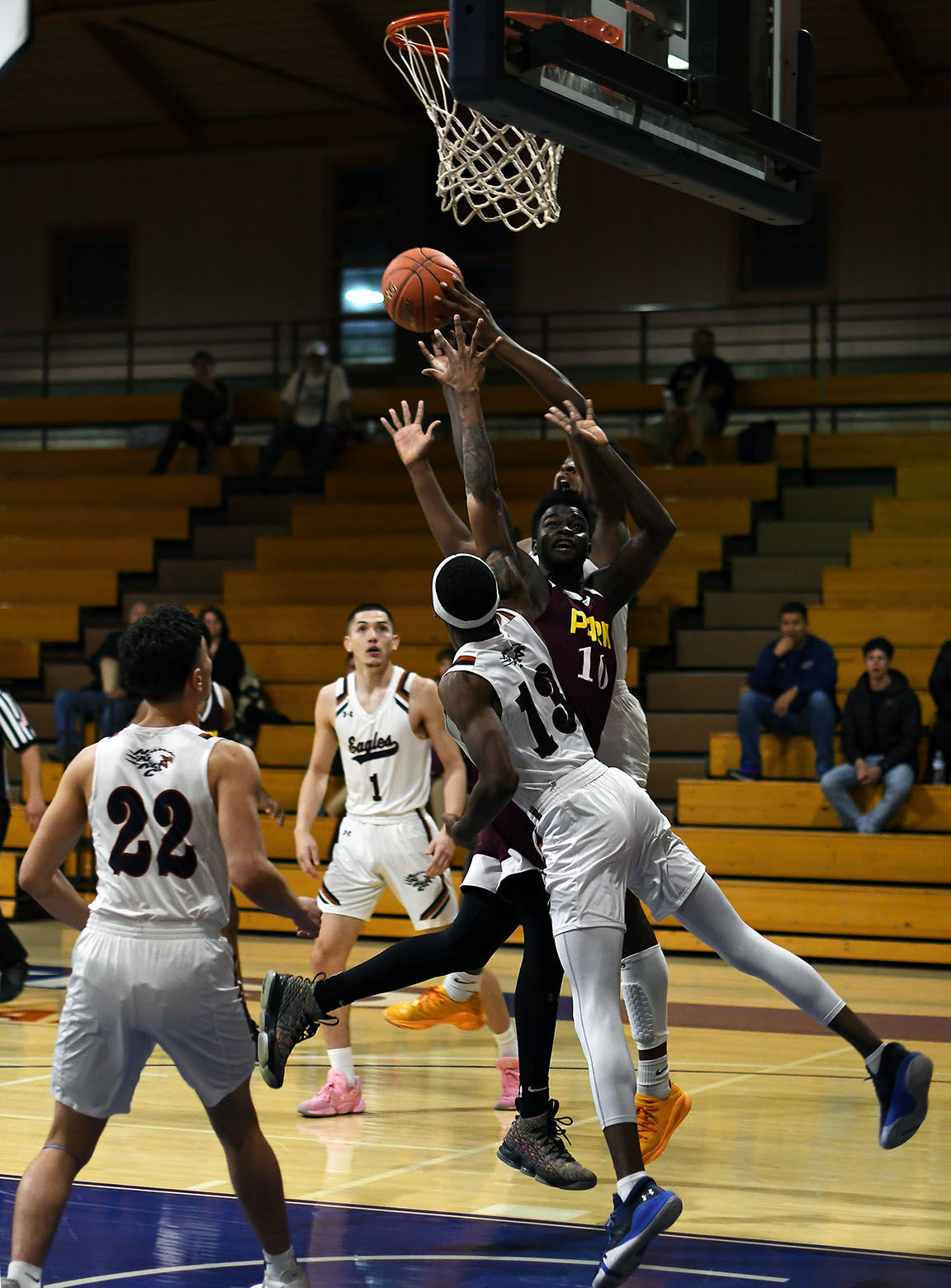 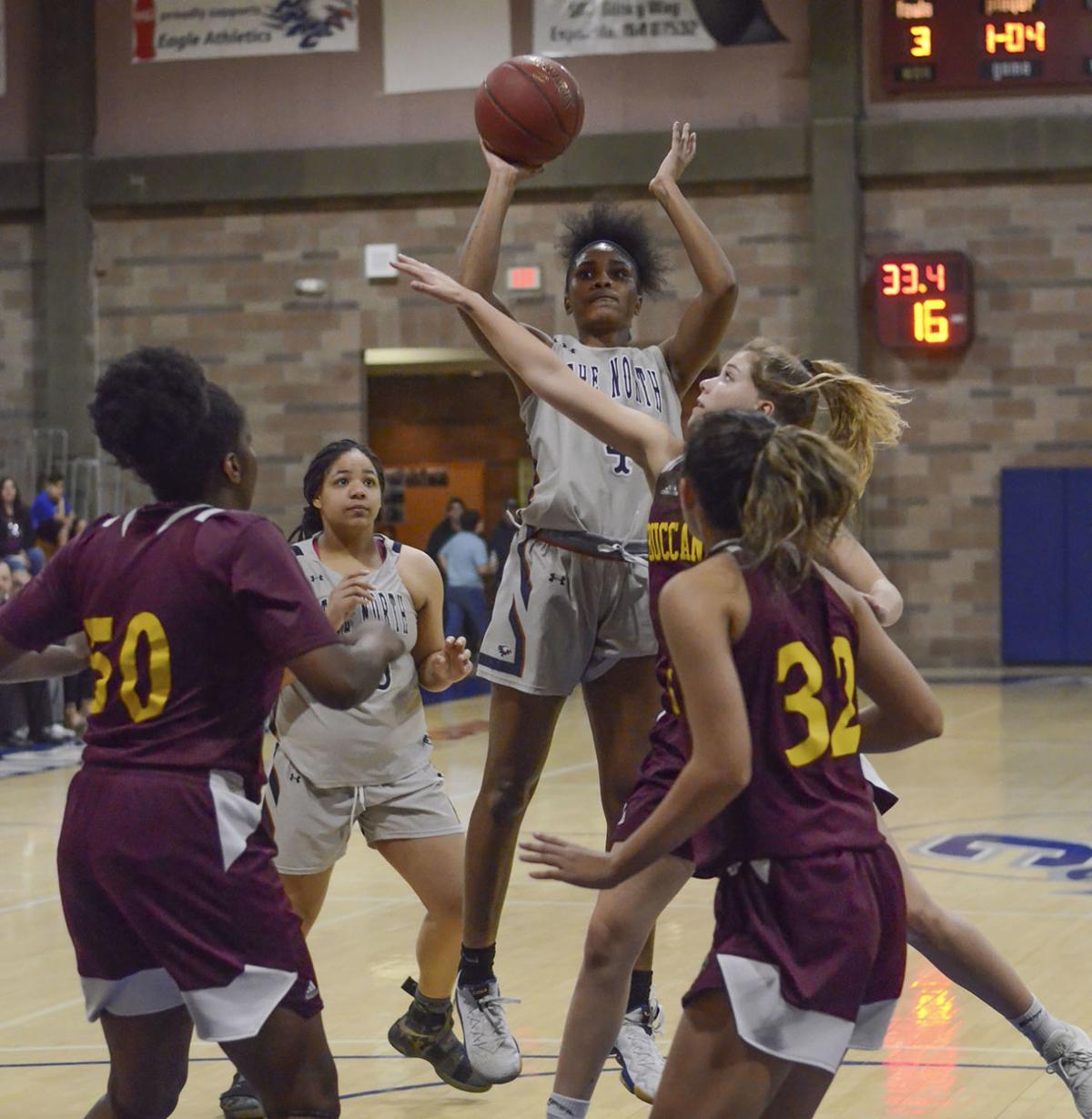 Northern's Telyssa Samuel makes a move in the paint against Park University Gilbert on Feb. 7 at Eagle Memorial Gymnasium.

The Eagles (9-15) are hoping their resurgence will be enough to land them the eighth and final spot in the Association of Independent Institutions conference tournament held Feb. 26-March 1 at Lincoln College in Lincoln, Ill.

To polish off their record at 9-15, the Eagles took care of business over the weekend at Eagle Memorial Gymnasium by defeating Park in two separate contests on Feb. 7 and 8.

Northern was victorious 88-68 in the first game of the series, then hung tough for a much closer 81-78 win in game two. The teams also played two games in Gilbert, Ariz. in mid-January, and the Eagles won both of those contests, giving Northern a 3-1 record over Park this season.

In the latest clash between the teams, Naquwan Solomon ensured himself he’d exit Eagle Memorial for the last time with a victory. On senior night, Solomon carried Northern with 19 points, six rebounds and four assists. The senior played 35 of the game’s 40 minutes, and also sunk 7-of-9 shots at the free throw line.

Although the Eagles were outrebounded and outshot percentage wise from the floor, the difference was more than made up by the Buccaneers’ carelessness with the ball. Park coughed up a total of 19 turnovers, which lead to 24 points for Northern.

On the contrary, the Eagles only turned the ball over seven times, helping them hold on in the second half where they were outscored 48-40 before leading 41-30 at halftime.

Ricardo Zambrano added 12 points for Northern while Bruno Guedes and Estevan Martinez both eclipsed double-digits with 10 points apiece. Park's Ethan Wallace shot 8-of-12 from the field and 6-of-9 from downtown to notch a game-high 24.

In game one of the two game series, the Eagles built a 38-30 halftime lead, then produced 50 points in the second half, while holding Park to 36.

For the very first time this season, the Lady Eagles (5-19) won back-to-back games, as they also defeated Park in two games in two days at Eagle Memorial.

The thrashing 76-39 victory in game two was easily Northern’s largest victory of the season, as the Lady Eagles defense showed up to play. They were able to limit the Lady Buccaneers to 19.3 percent from the field and scoring quarters of 10, five, 14 and 10 points.

The Lady Eagles raced out to a 20-10 advantage after the first quarter and led 38-15 at the half. Junior guard Haley Eaves had herself a career night, scoring a game-high 33 points, with 21 of those coming from behind the arc.

Telyssa Samuel played an efficient 15 minutes, scoring 12 points off of a 4-of-5 shooting mark to finish at 80 percent and Zhane Lewis pulled down an impressive 12 rebounds while also scoring six points.

While the Eagles regular season is over, the Lady Eagles still have two remaining games on their schedule. They will welcome AII conference opponent Cottey College (Missouri) for two games this weekend. The teams will play at 7 p.m., Friday and at 1 p.m., Saturday.