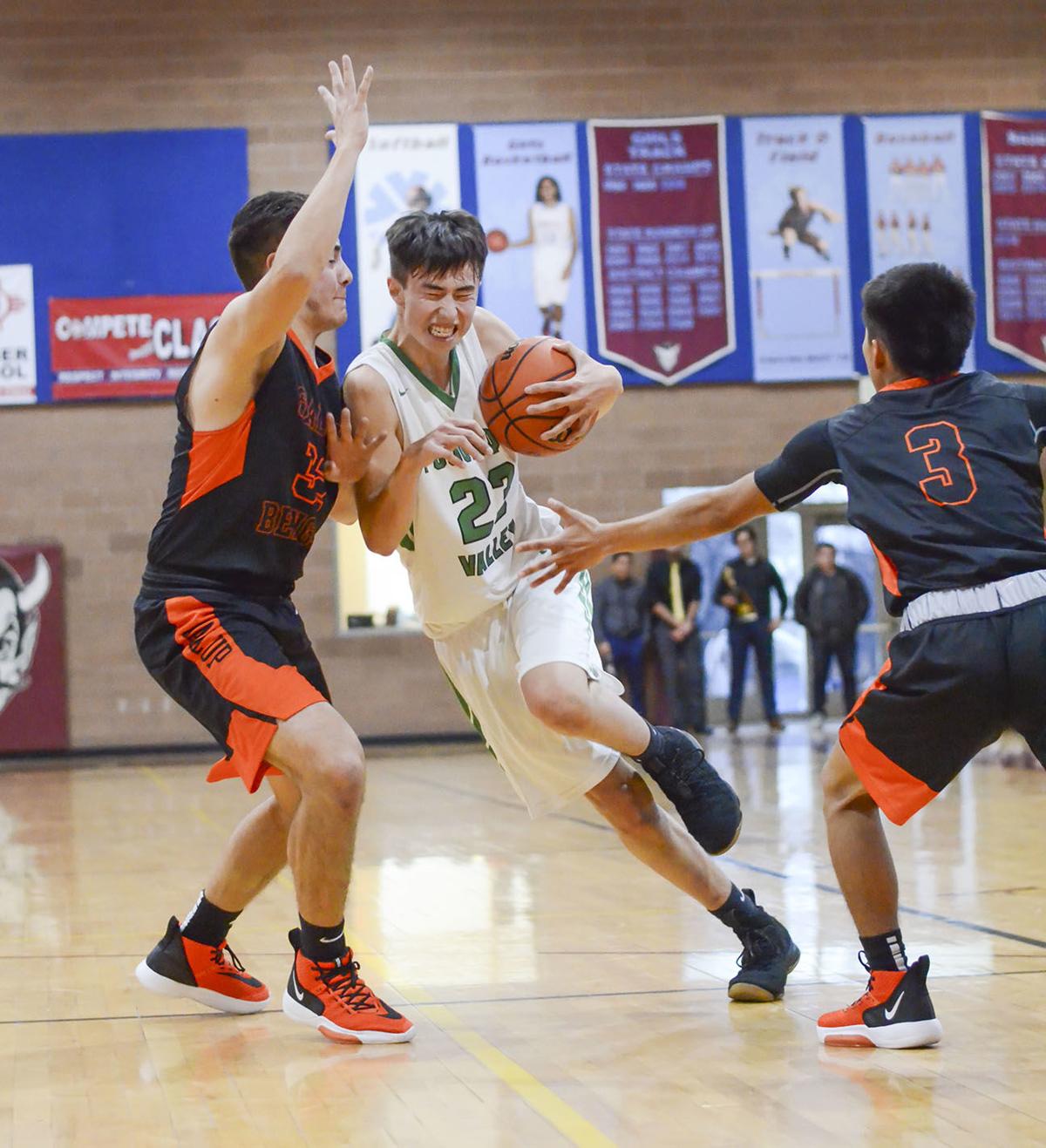 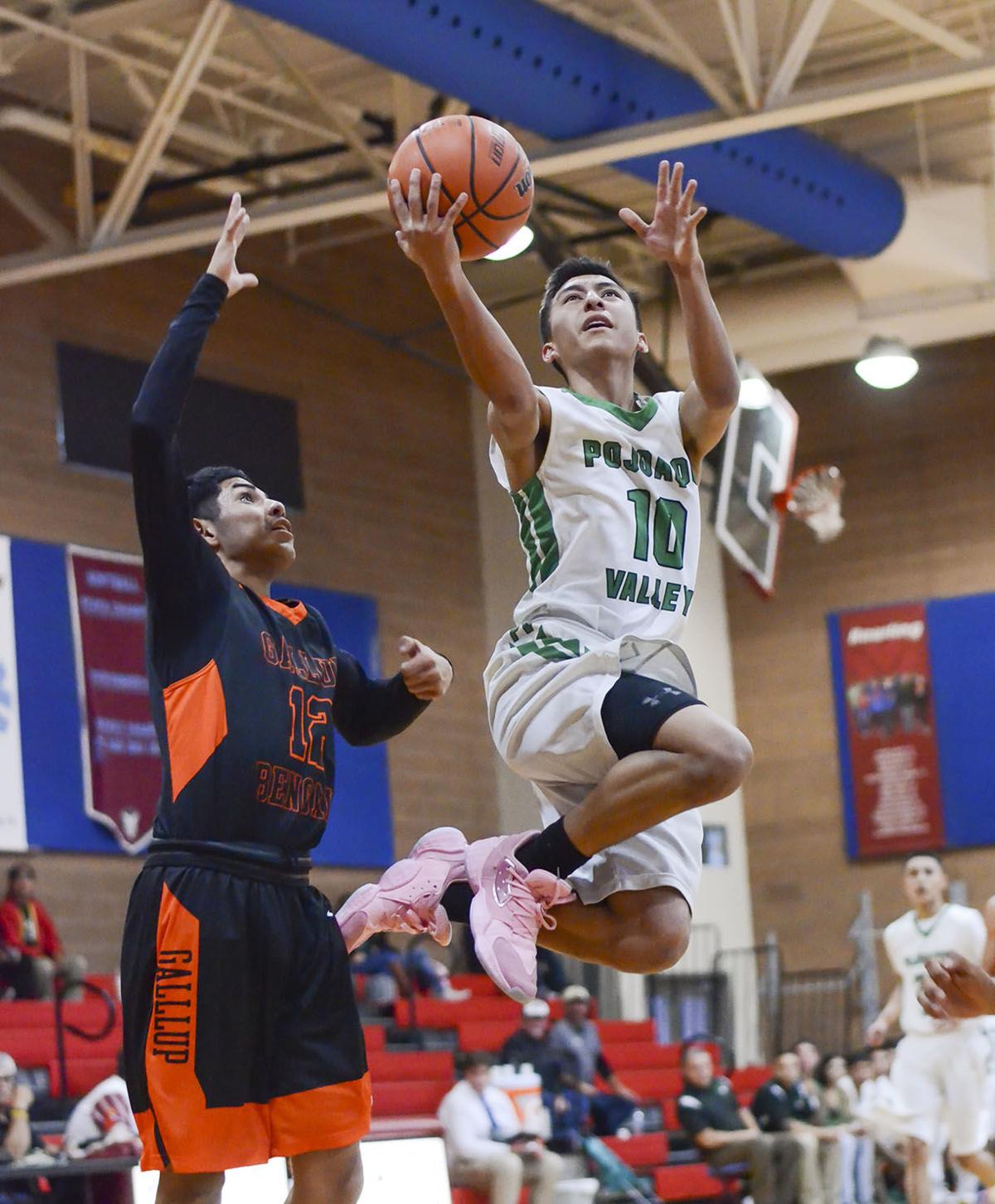 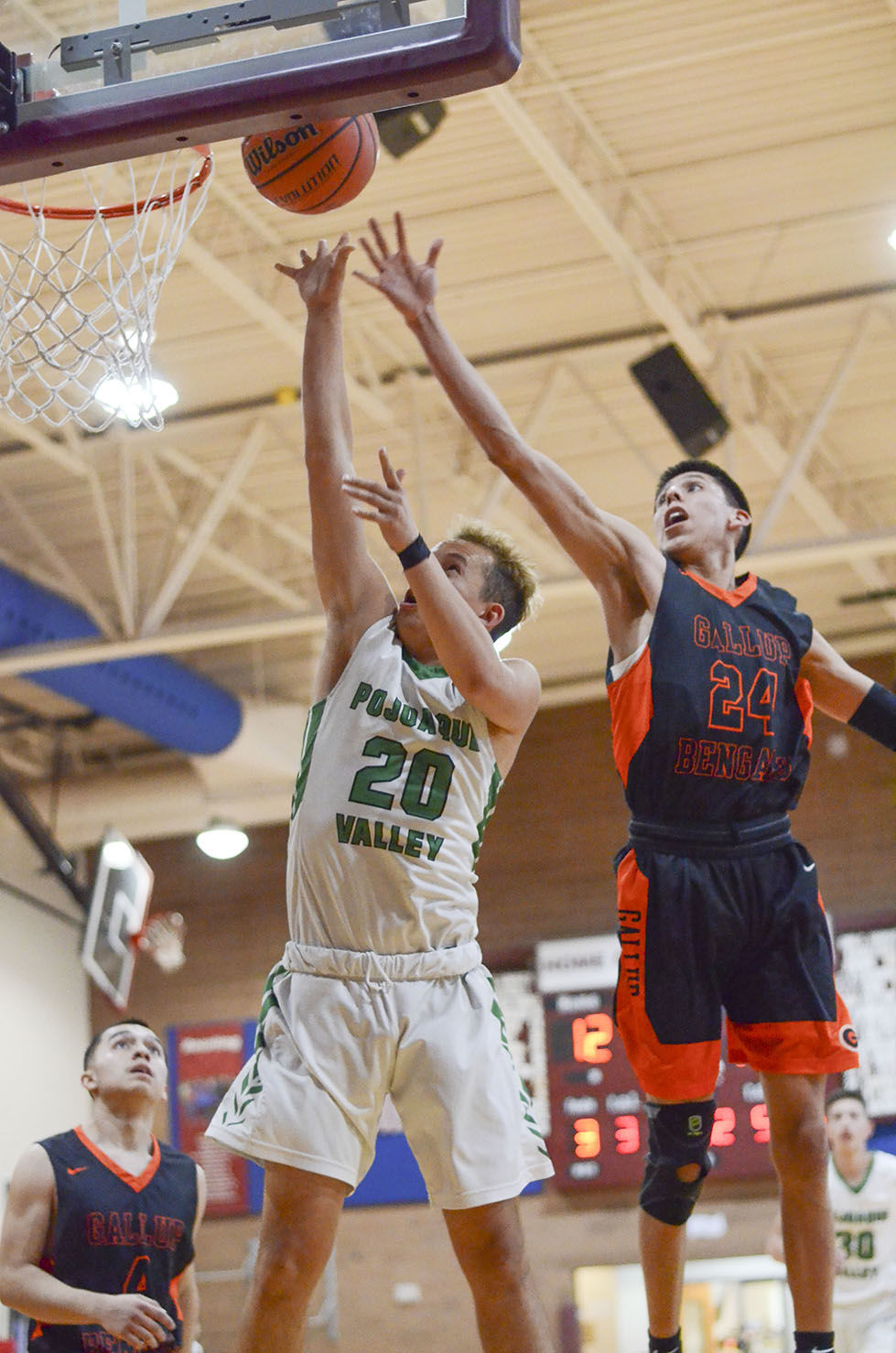 The Pojoaque Valley High School boys basketball team was less than a second away from reaching the Sandia Prep Tournament championship game, but in the end, the Elks had to settle for fourth place.

After handling Class 2A Mesilla Valley Christian School 67-43 on Dec. 5 to open the tournament, Pojoaque came up brutally short in reaching the championship game on Dec. 6, as the hosts from Sandia Prep defeated the Elks just before the final buzzer sounded.

The Sundevils were at the free throw stripe trailing 62-61, and after missing both attempts, Sandia Prep corralled a long rebound and banked home a tough shot with 0.6 seconds left on the clock to win 63-62.

“I thought we got some bad breaks, but we didn’t box out at the end,” Pojoaque head coach Thomas Vigil said. “There was some things we could have done better but sometimes it’s just the breaks (you get or don’t get), but we did play well enough to win.”

With a victory, the Elks would have faced District 2-4A rival Española Valley High School in the championship game, but they had to settle for the third-place game on Dec. 7 against Gallup High School, a team who defeated Pojoaque 65-61 on Dec. 3 at Ben Luján Gymnasium.

The rematch would not be as close. The Bengals shot 50 percent for the game’s entirety and led by as many as 22 points in their 91-80 victory to claim third place.

Gallup led by as many as 16 points in the first half, but the Elks showed patience and composure to chip away at the lead. After trailing 50-41 at halftime, Lukas Archibeque’s 3-pointer from the corner with 3:50 left in the third quarter tied the game at 54 apiece, but Gallup outscored Pojoaque 15-8 the rest of the way to lead 69-58 heading into the fourth.

Gallup used a different method and mindset than in the first meeting with Pojoaque, and this time the Bengals pushed the ball quicker up and down the court. Quinn Atazhoon shot lights out from the perimeter, draining six 3-pointers en route to a game-high 30 points.

Joaquin Ortega added 19 for Gallup and Pojoaque was led by the trio of Zach Hall, Marcos Vigil and Dante Ortiz, who all scored 12. Nathan Valdez and Sean Aragon added 11 apiece for the Elks.

“They jumped out on us early and they’re dangerous,” Vigil said. “I was proud of the fact that we went down 16 and came back to tie it. I just don’t think we ever got over the mindset of being down 16."

After the conclusion of the tournament, Pojoaque sat at 2-3 overall before it hosted St. Michael’s High School on Tuesday, in which the result was not available by press time.

Vigil said he was proud of what his team accomplished over the weekend, but he did cite the area of handling frustration and playing together for a full 32 minutes as areas to work in right away moving forward.

“When we’re united and avoid frustration, we are pretty good,” Vigil said. “When we aren’t united and get frustrated, we aren’t so good. We have two different personalities right now, and I want the good son to beat the bad son.”