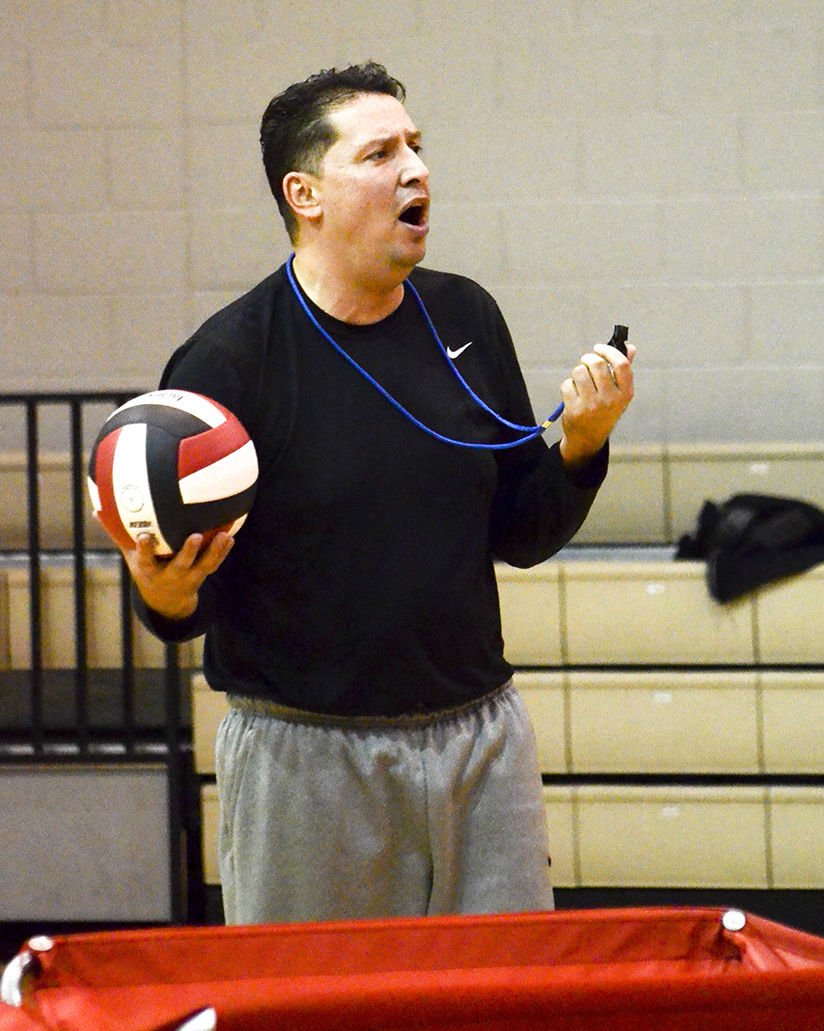 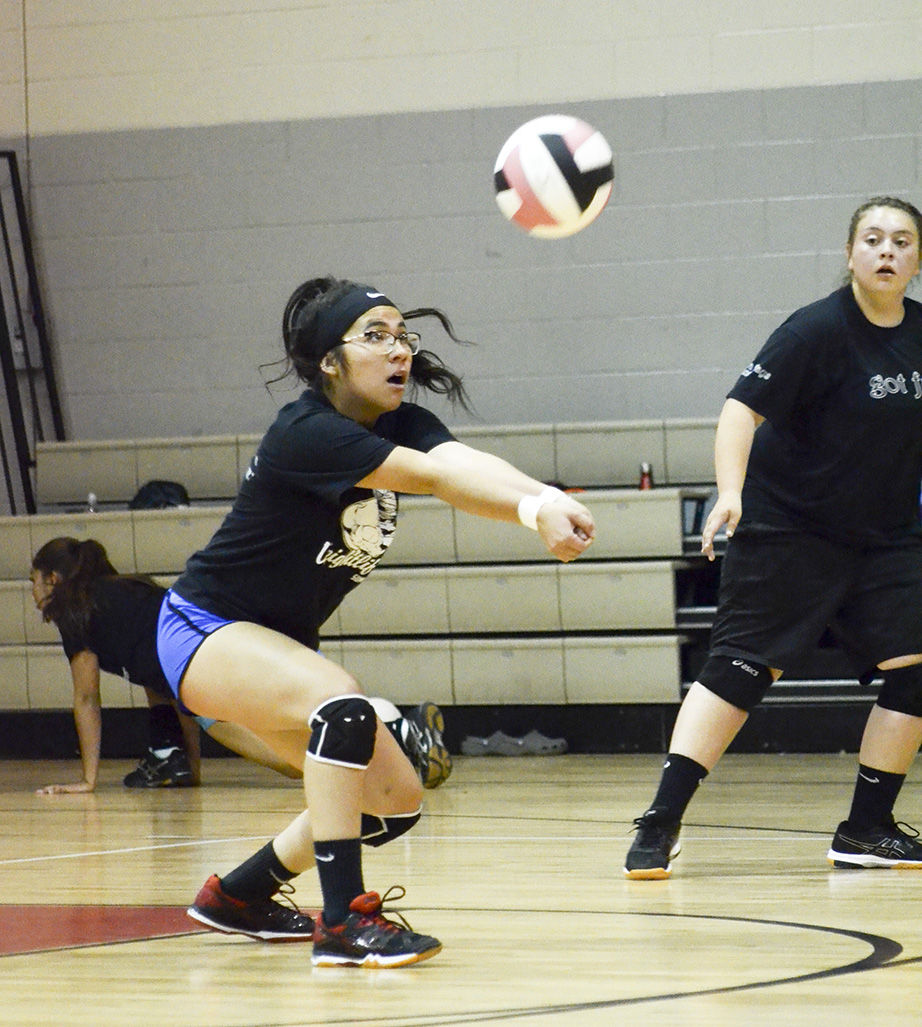 Senior setter Sydney DeYapp works on her digging Monday at Escalante’s first official practice. She is one of five players returning with spot-varsity experience. 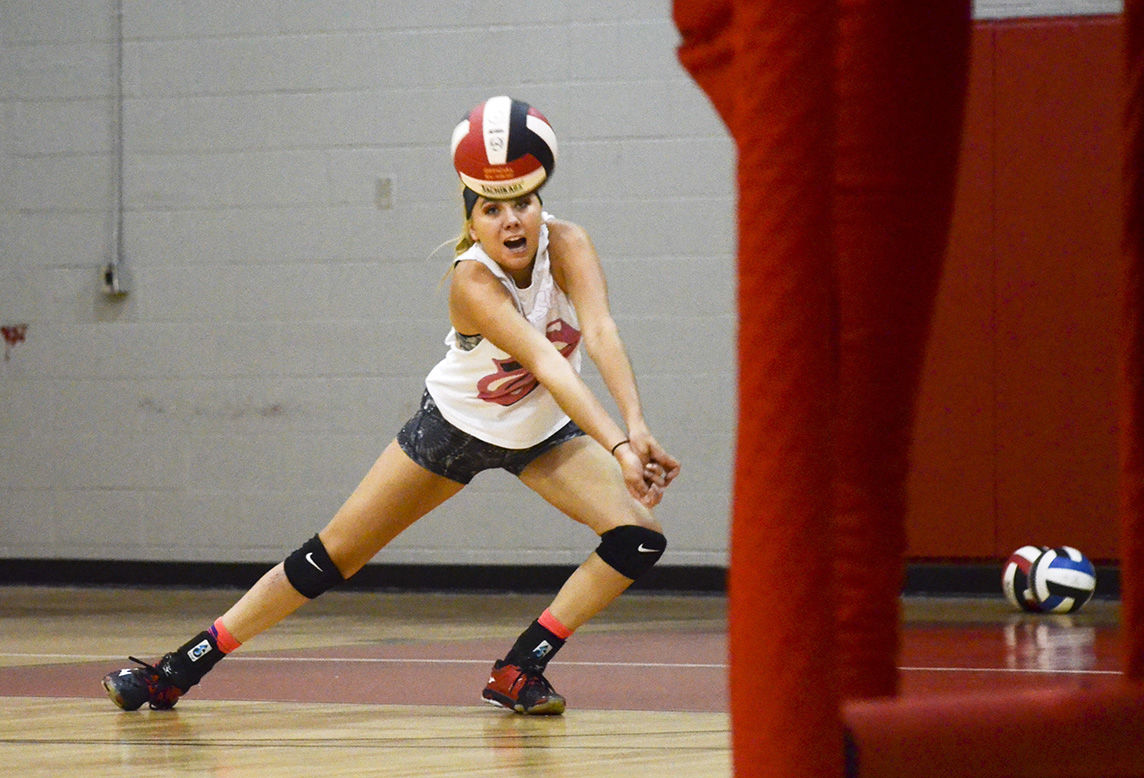 Senior setter Sydney DeYapp works on her digging Monday at Escalante’s first official practice. She is one of five players returning with spot-varsity experience.

For Escalante seniors like Sydney DeYapp and Aubrianna Hinds, coaching has been nothing but a mystery since their class begin playing volleyball for the Lady Lobos in 2015.

Three different head coaches have cycled through in three years, yet the team has still made the state tournament in each season.

Observing Escalante’s first official practice of the 2018 season on Monday, it was evident the passion had been preserved – and perhaps, raised to another level with the arrival of new head coach Henry Gettler.

Gettler is no stranger to the game. He has been coaching volleyball across the state since 1996, with stops at Alamogordo, Shiprock and Gallup High School.

“At first, I think they were intrigued, interested and wondering,” he said about the girls’ attitude toward another new coach. “As time has gone on, I’ve been pleasantly surprised on how much they’ve bought into the system.”

Hinds is the Lady Lobo who brings the most experience to the 2018 team, and she sees Gettler as far superior to the past coaches.

“We got a new coach so that’s pretty cool,” she said.  “I mean, we’ve got a new coach every year throughout volleyball season so far, but he brings a lot of new energy and he knows what he’s doing, you can tell that. He’s got 23 years experience I think.”

Gettler is actually entering his 21st season of head coaching duties. He took last year off because he was working as a principal intern at Newcomb High School.

“Honestly, I would have come last year here if I knew the job was open,” he said. “To get it this year, coaching volleyball and boys basketball, it was an easy decision. I don’t regret it at all. I’ve enjoyed myself since I’ve been up here and the girls have been really receptive. Teaching at the elementary that’s, going to be tough.”

Gettler will teach at Chama Elementary School until a position officially opens at the High School, which he’s believes will be next year. It’s an environment he hasn’t taught in since 1997.

Gettler described his coaching motto as “winning every day in practice.”

It didn’t take long for Gettler to get all over his team on Monday when six players arrived late and when others were going through the motions during drills.

“What are we right now in practice,” he asked the team.

He believes the players should be evaluated every practice on their effort, attitude, energy and ability to get through drills.

“How good of a teammate you’re being (is also looked at),” he said. “We’ve lost some practices that I was not very happy about. I can handle losing a game. I really can, if a team’s better than you, kudos, but we can’t lose practice.”

The inexperience across the board has forced Gettler to install an all-round approach to his line up and offensive strategy.

“Offensively, obviously you have to tailor around the kind of girls you have,” he said. “Experience is a factor and we don’t have much of it, but we do have several girls who played spot-time varsity last year. Those girls have shown to be the most experienced and have stood out in the summer and have shown to be more prepared.”

“He has me playing all around, so I’m gonna be doing everything,” Hinds said. “It’s pretty cool and it’s a good change from subbing in and out so much.”

The Lady Lobos will not have the luxury of lumbering players around the net. Their strategy will revolve around quickness, agility and versatility.

“You’re not gonna see us just go high outside then high outside,” Gettler said. “We’ll mix it up a little bit. We’ll do some tandems in the middle, we’ll do some slides, we’ll have some back line hitting, so the girls are excited about that because everybody’s involved. They’re not thinking, ‘I got to be an outside hitter to get some touches outside.’ That’s not the case.”

DeYapp will primarily play as a setter and said Gettler’s approach has tightened up an already close-knit group.

“I play front row with Hailey Whitaker and Aubrie Hinds and we get along so good,” she said. “We’re best friends, but the chemistry we have in the front row will get better because of the new structure. It’s going to make a difference in our program.”

Hinds is one of the taller players at 5 feet 8 inches and Gettler said Whitaker is  “raw, a great jumper, great leaper and is starting to learn how to put the ball down the right way.” Hinds has shown him the ability to hit anything that crosses her path.

“Hinds is probably our most versatile hitter,” Gettler said. “She can hit everything right now. She’s hitting back line quicks,  shes hitting off-speeds, shes hitting slides, shes hitting tandems. She’s versatile, she’ll even spot set for us at times. I think she’s gonna cause some problems in our district.”

Despite the promise along the front line, defending the net will still be the biggest area of concern for Gettler.

“We’re not as big upfront, so we’re gonna have to be creative as far as switching up our back line stuff,” he said. “We’ll go from perimeter to man up, then will play some reads. As far as our blocking right now, we’re not touching a lot of balls at the net and ideally, volleyball, you don’t want to play a lot of back line defense. It’s too hard and it’s not a healthy diet taking too many swings.”